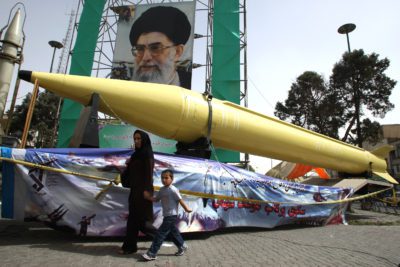 More of the poisonous fruit of Obama’s treasonous financing of the genocidal Islamic Republic of Iran. Obama fought tooth and nail for this evil regime. Obama’s legacy is his nuclear pact with the world’s leading state sponsor of terror. Trump should have ended it already. He hasn’t. Even if he does, Obama delivered wooden pallets of cash to the mullahs. We aren’t getting that money back. And the Iranians have used it to aid terror groups and plot the destruction of Israel. Where are the Senate hearings on that? Where is the special prosecutor from the illegal payoff to terrorist actors?

Iran, under Islamic law, is viciously antisemitic, which is a religious imperative under Islam. Perhaps that was what Obama found the most compelling. His hatred of the Jewish state is well documented. The enormous sums of American taxpayer dollars transferred to the world’s largest state sponsor of terror was treasonous and unconscionable. The hell that President Obama’s feckless submission to Iran could unleash in the coming years might turn history on its ear. While Obama attempts to burnish his catastrophic legacy, the fallout from his treachery is going to blow up the world. Trump can’t undo that deal fast enough.

The Israelis used an Apache helicopter to intercept and down the drone [c], then sent four jets to destroy the command center (an Israeli military spokesperson confirmed “accurate hits of Iranian UAV control facility” [d]). One of the Israeli F-16s was abandoned by its pilots over Israel, amid what the Israelis describe as “massive Syrian anti-air fire” [e][f]. Syrian anti-aircraft fire reached Israeli territory, triggering extended emergency activities in Israel’s northern communities [g].

Iran and its proxies had been escalating their threats to attack Israel over the last few weeks. Hezbollah threatened to attack Israel for a range of reasons, from energy resource disputes [h] to the Israelis building a border fence [i]. Iranian cleric Ayatollah Ebrahim Raisi, one of the front-runners to be the next Iranian Supreme Leader, toured the Israeli-Lebanese border and boasted about operations to secure “Jerusalem’s liberation” [j].

A couple of things to watch:

(1) Military — Iran and its proxies have structured their forces in Syria and Lebanon to guarantee mass casualties during their next war with Israel — In Syria, Hezbollah says it has 10,000 fighters ready to attack Israel and to create a single front across all of Israel’s north and northeast [k]. In Lebanon, Hezbollah has transformed hundreds of villages into “military strongholds,” according to the AP, effectively conscripting human shields who will become civilian casualties blamed on Israel, according to the NYT [l][m]. They’ve stockpiled roughly 150,000 rockets and missiles, allowing them to saturation bomb Israeli population centers with 1,500 rockets and missiles per day for over three months, and Hezbollah chief Nasrallah says the group will use those projectiles against Israel’s civilian nuclear installations and chemical facilities, triggering tens of thousands of casualties [n][o][p]. Hezbollah leaders also say their Syrian battle experience will allow them to launch a ground invasion of Israel, in part through advanced hardened military tunnel infrastructure [q][r].

(2) DC politics and policy — The exchanges touch nuclear and non-nuclear Iran issues — On nuclear, recent reports confirmed that parts of the windfall Iran received from the nuclear deal flowed to Hezbollah [s]. On non-nuclear, the Trump administration this month targeted Hezbollah with sanctions [t]. Differing proposals to fold missile restrictions into the nuclear deal are at the core of the debate over President Trump’s request for Congress and Europe to “fix” the deal [u][v][w][x].