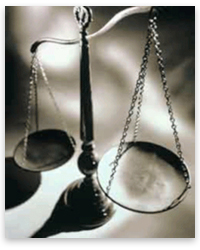 Joe Apaio, Sheriff of Maricopa Country, Arizona, reminds me of my income tax case. I proved that the U. S. system of justice is going along with the biggest fraud in history, federal income tax. There was a front page story about it in The Palm Beach Post.  The IRS admitted that it paid no attention to federal court orders in my favor.  Nobody wanted to talk about it.  There can only be one reason that nobody wants to talk about the Obama forgeries. We, the people, are brainwashed.  Is the Court going to go along with Obamacare?  Probably.  In my tax case, a federal judge, knowing the IRS was lawlessly taking my property, after he ruled in my favor, told me he was not going to stick his neck out and reopen the case. That’s when I went to the news media.

The Roman judge Cicero asserted, “We are born for justice, and right is not the mere arbitrary construction of opinion but an institution of nature.” Hence justice is not for utility’s sake but subject to the more permanent elements of human nature. That means the law is the individual’s foundation of freedom.  The law must fit the fabric of universal order or it is not the law.

Declared Cicero, “It it were possible to constitute right simply by the commands of the people, the decrees of princes, by the adjudications of magistrates, then all that would be necessary in order to make robbery, adultery, or the falsification of wills right and just would be a vote of the multitude.”  For his view on justice, Rome’s orthodoxy exiled Cicero. Cicero asks this question: Why were human beings created with reason and logic?

Ancient Greek astrologer Pythagoras was also a musician.  He spoke of the music of the spheres.  He said that numbers represented  human characteristics and events, figures represented matter.  With numbers we say if this is so that is so. Pythagoras was the father of geometry. Pythagoras fell in disfavor of the orthodoxy. He ran for his life and lived incommunicado in his senior years.

Einstein proved with numbers that the universe can be reduced to vibrations. Vibrations are represented by numbers.  Einstein has been proven wrong. Einstein refused to accept that the universe, besides being quantitative, is qualitative—exists in a state of consciousness.

We are conscious of only as much as we allow.  And that depends largely on what authority tells us to allow.

Like Sheriff Joe, I’m a non-conformist, a chance-taker, an adventurer.  I don’t move with the ebb and flow. I’m a rock in the stream. Because of my obstinate nature, I make a connection with Jesus.

Ancient religious beliefs furthered by scribes and Pharisees in Jesus’ day brought Jesus to Jerusalem and the temple, where he turned over the money changers’ tables.  Similar to a tax, good money was exchanged with priest money to buy sacrificial animals at far more the going price. Only priest blessed animals could be used as a sacrifice for the people’s sins.   Jesus called scribes and Pharisees hypocrites.  He told us to beware of wolves in sheep’s clothing.

I make the connection with the present day orthodoxy—people being taxed—horns wagged out of their money and fundamental rights.  We don’t want to talk about it.

Here we are at a crucial time—ancient religious doctrines opposed to common sense.  We don’t want to talk about it.  It’s racial profiling, or some such nonsense.  It is manmade gods that control us.

I’ve written a book about my unconventional life, In Earth as It Is in Heaven 2012.  It will be available this June.  How many can say, in their twilight years, that life doesn’t get any better?  All of my dreams have come true.  I’m not in hiding.  I’m free to tell my story. I must have done something right. Welcome to the world of the two Joes.  Neither of us is caving in to the-day-late-dollar-short orthodoxy.