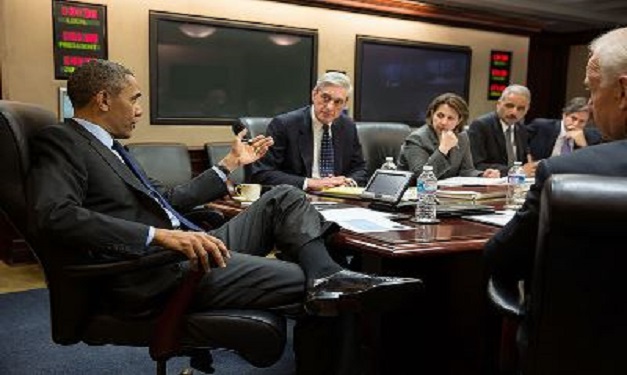 Why has the U.S. government called certain Islamic groups supporters of terror in federal court, and then turned around and called these same organizations “moderates” and embraced them as outreach partners? In a number of cases from the Clinton, Bush, and Obama administrations, the leaders of these organizations (some of whom are now in federal prison) were under active investigation at the same time they were meeting with senior U.S. leaders at the White House and the Capitol and helping develop U.S. policy. Now these same Islamic organizations and leaders have openly encouraged a purge of counterterrorism training that have effectively blinded law enforcement, homeland security, and intelligence agencies to active terror threats as seen in the inaction of the FBI concerning the Boston bombing suspects and other terror cases. This study poses serious questions as to the efficacy and even security concerns about U.S. government outreach to Islamic groups, which often turn out to be Islamist militants, enemies of Islamic moderation, and even supporters of terrorism.

The aftermath of the April 15, 2013 bombings in Boston, Massachusetts, has focused attention on the failure of the Federal Bureau of Investigations (FBI) to carry out an adequate investigation of the suspected bombers despite warnings from Russian authorities. This failure has partially been attributed to a full scale campaign of political correctness waged inside the bureau and throughout the U.S. government under the Obama administration against any attempt to link jihadi terrorism with anything remotely connected to Islam of any variety (the most radical versions included).[1] This has extended into other segments of the government as well, particularly the Department of Defense.[2]

One of the primary contributors to this widespread political correctness campaign has been the U.S. government’s disastrous Muslim outreach policies extending back to the Clinton administration and the 1993 World Trade Center bombings. The U.S. government’s historical outreach program, regardless of whether it has been a Democrat or Republican in the White House, has been based on a schizophrenic policy: In many cases federal prosecutors have gone into federal court and identified American Islamic organizations and leaders as supporters of terrorism, and no sooner have left court before government officials openly embrace these same organizations and leaders as moderates and outreach partners. In several notable cases, the FBI’s outreach partners have been under active FBI criminal investigation and were later convicted on terrorism-related charges at the time the outreach occurred.

In the case of the Cambridge, Massachusetts, mosque attended by the suspected Boston marathon bombers, when the plethora of extremist ties to the Islamic Society of Boston were reported, a mosque spokesman replied that they could not be extremists since they regularly participated in outreach programs with the FBI, Department of Justice and Homeland Security.[3]

This exemplifies the chronic failure of the U.S. government’s outreach programs.