Progressivism at work–
The Reverend Manuel Sykes, a black preacher from the Bethel Community Baptist Church, told reporters this week that the reason he was overlooked by the Democrat Party was because of racism. 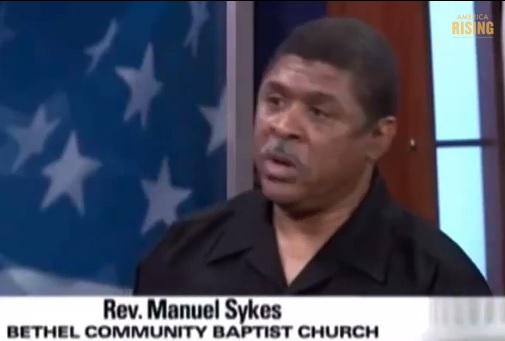 In April Pinellas County’s Democratic chairman left a bluntly worded voicemail telling well-known St. Petersburg pastor Manuel Sykes he would be “persona non grata” if he followed through with plans to run for Congress. Sykes withdrew from the race. Now Sykes is speaking out.

“Well, what they’re saying is, ‘Stay in your place.’ It’s OK to run for local elections, state elections, but you’re not going to represent us in Washington. We have a place carved out for you. And, essentially, that’s what they’re saying… One of the reasons our people don’t vote is because they don’t feel that they’re connected. They feel regardless of who they vote for or what party they support, they’re not going to get respect. This is the message to them – We want your vote but the rest you stay out of.“