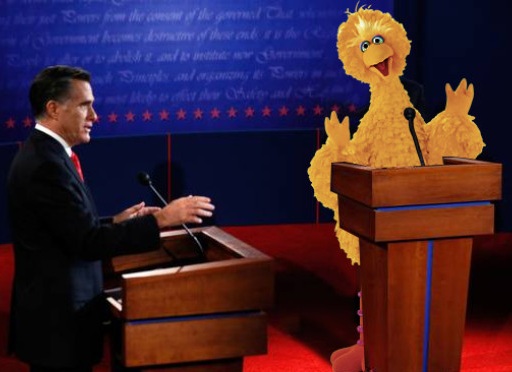 Who needs debates between candidates when you can have cartoon character distractions?

First there was Barack Obama, who did so poorly in his first debate with GOP presidential nominee Mitt Romney that he and his campaign resorted to focusing on saving Big Bird and Sesame Street from spending cuts.

Next, there was Joe Biden auditioning to play the role of the Joker in a Batman show at Universal City Hollywood.

Biden showed he is a real natural.

His innate ability to bully, muster condescending goofy faces, to laugh, smirk, constantly interrupt, grimace, or chuckle while very serious topics were being discussed showed that when it comes to being a Court Jester, Biden is more than ready to play prime time.

Some believe Biden’s performance in the October 11th VP debate was a win for “progressive” Democrats, because it dominated the post-debate conversation.

If the best they can point to is a sitting Vice President making stupid, animated faces in reaction to nearly everything Congressman Paul Ryan said, they are desperately grasping at straws.

Would it have helped Biden control the agenda had he worn tights, ridden a unicycle and juggled chainsaws? 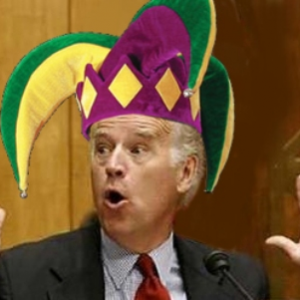 Of course, having al Qaeda terrorists launch a sophisticated 9/11 terrorist attack complete with rocket propelled grenades and mortars, one that murders four people, would have kept Ryan off stride.  Especially if Biden stuck to the now fully discredited story that it sprang from a spontaneous protest to a video so obscure nobody had heard of it until the White House used it as an excuse to cover up its own incompetence.

Oh wait, Biden did stick to that story during the debate.

Of course, if in the eyes of “progressive” Democrats all it takes to win a debate is cutting off your opponent while speaking, a human clown is not even necessary.

An embarrassingly flatulent gorilla would suffice.

Certainly either launching a terrorist attack or introducing a large primate suffering major digestive discomfort would throw an opponent off stride during a debate.

Serious experts agreed that Ryan was successful in his first outing on the national debate stage.  His performance against a man 27 years his senior showed that his command of foreign and domestic policies will make him a credible, acceptable Vice President.

And if after he loses his job as Vice President Biden loses out in his bid to play the Joker, perhaps his ability to cackle will help him win a job playing the wicked witch of the west in a Wizard of Oz show.