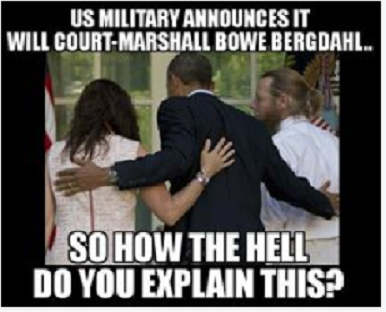 The decision to refer the case of Sergeant Bowe Bergdahl to a general court martial on charges of desertion by Gen. Robert B. Abrams, the head of Army Forces Command at Ft. Bragg, N.C., shows there remains at least one general not cowed by President Obama’s purge of command officers deemed insufficiently subservient to his policies of appeasement and unilateral disarmament.