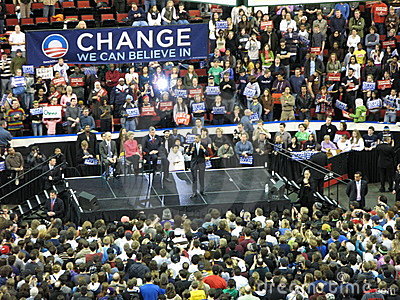 Well, Christmas Day is a day of celebration for some – welcoming the Christ Child into our humble abodes.  Others deny the birth of Jesus denying  themselves of the greatest gift ever given to mankind (eternal life.)  Still there are millions who celebrates Christmas around the “Jolly Plump” man never once giving a thought to how they will pay off all the charge cards they’ve maxed out.  Regardless of how Americans opt to celebrate December 25th, there is one constant (ACA) that remains one of our worst fears as we close 2013 and prepare for a New Year.

Forbes is usually pretty dependable on their news reporting, but today I read a brief on Forbes about Obama care that pretty much resembles scrambled “mush.”  Bruce Japsen, contributor for Forbes wrote in his article the healthcare.gov had received 2 million site visits and 250,000 of those visitors were rushing to complete their applications whatever that might mean

At first glance, one would believe that Obamacare was running full steam ahead without any glitches.  But, there’s more to this story and Obama’s gophers keep burying the truth in hopes that success will be just around the corner.  The only real question should be this – how many of our young generation have signed up for Obamacare?  My guess is very, very few!

According to Bruce, the Obama Administration is determined to meet the 7 million by March 1, 2014 and there is where the “Sh—t” will hit the fan.  It wouldn’t matter if they exceeded the 7 million mark if the youth don’t sign up for Obama’s plan.  Just because 1.9 (according to Sebelius) have completed the eligibility process doesn’t mean tiddly poop. So far those 1.9 haven’t chosen any plan so they could pretty much be put into a drive by status meaning they split without choosing or paying for any plan.

803,000 were eligible for some type Medicaid plan – so we’re basically right back to October 1, 2013 with only a handful of takers.  Obama is trying to sell a “pig in a poke” and keeps extending the deadline and payment date for those consumers who are desperate.

2014 will darn sure start out with a bang for Americans – there will be those who lie about needing a subsidy, those who can’t afford the co pay or deductibles and millions more who will find themselves totally uninsured.  Most of those who are insured have lost their primary care physician, hospital and insurer.

We’re heading for a one payer system that will pretty much be in the bag if Obama isn’t stopped prior to December 2014.  In addition to the millions who lost their insurers in 2013, millions more will lose their employer insurance because businesses won’t be able to afford ACA meaning employees hours will be cut back to reduce the cost of employer insurance.

Millions more will drop ACA due to the high co pays and deductibles in 2014.   Obama knew all of this in 2010 and has strategically placed us at the mercy of a Government controlled healthcare plan knowing from the gecko that probably 70 to 80 million or more will be subsidized by the Government.

We’ve just been duped by the Obama Administration one more time for billions already spent on ACA – taxpayer’s money gone forever just like our stimulus package.  Will Obama spend trillions more the next three years to continue his “redistribution” scheme?  Will ACA be repealed and if so what will the the costs and repercussions be to initiate some semblance of normality to our healthcare system?

Will Obama, Democrats and Republicans be held responsible for NSA, IRS, Benghazi, Fast and Furious, financing the Muslim Brotherhood or will Americans remain at the mercy of big Government for the next three years?