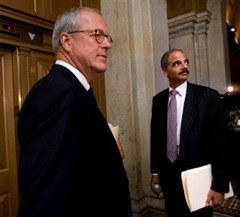 As I mentioned at the end of my Abound Solar report, this piece of the green corruption scandal will cause your head to explode! Beacon Power Corporation is one of the three renewable energy projects funded with $16 billion worth of excessively risky loans by the Department of Energy (DOE), which have since gone bankrupt.

In fact, this is Part Four of DOE “Junk” Loans and Cronyism, exposing the 90 percent that have "meaningful" ties to President Obama and other high-ranking Democrats –– or both! As previously pointed out, there were 460 applications submitted, and only 7 percent were winners. It turns out that 21 firms represent the 26 projects (the 7%) that were funded by the DOE's 1705 Loan Guarantee Program, of which 23 were "junk" rated.

Of course if you ask the DOE, they were all based on "merit."

Beacon Power Corporation is on that DOE “junk bond" portfolio with one of the worst ratings –– CCC+ conducted by S&P in April 2010 that incorporated their anticipated $43 million loan guarantee.

As revealed in the March 20, 2012 House Oversight investigation, “Before its demise, Beacon Power relied on funding from the federal government. DOE gave Beacon Power over $25 million in grants. However, the largest investment came when DOE announced a conditional $43 million loan guarantee to Beacon Power on July 2, 2009, to create a 20 megawatt flywheel energy storage plant in Stephentown, New York.”

Despite the fact that S&P ran two default scenarios with dismal conclusions, and its own internal analysis, the DOE “ignored these warnings and finalized the loan guarantee in August 2010.” And, as predicted, just over a year later, Beacon went bust!

Unlike Solyndra ($535 million) and Abound Solar ($400 million), it wasn’t a huge loan, yet as you will see, this story consists of at least $170 million of taxpayer money –– not exactly chump change. Nonetheless, like Solyndra (Ener1 and SpectraWatt, to name a few) Beacon Power had the nerve to pay their executives bonuses in the midst of their fall. According to ABC News, “In March 2010, the Massachusetts energy storage company paid cash bonuses of $259,285 to three executives in part due to progress made on the $43 million energy loan” –– and the ink wasn't even dry yet.

Most of you may be familiar with Beacon Power, maybe even the details I have just outlined. But did you know that Beacon Power is connected to the infamous Washington insider, James A. Johnson? Also known as Jim Johnson, “a fixture of establishment Washington, with ties to Wall Street and "a major presence in Democratic politics for more than two decades."

Wall Street was a major supporter of Obama in 2008. Despite the president's anti-Wall Street rhetoric and contrary to popular perception, they are still giving "big cash" to Obama's 2012 reelection bid. Johnson came from Lehman Brothers and serves on the Board of Directors of the Goldman Sachs Group, Inc., both top 2008 Obama donors that have also cashed in on "green" (renewable energy government money) –– Goldman Sachs with their DNA all over this green corruption scandal.

Johnson is no stranger to scandals. This is the same Mr. Johnson that ran Fannie Mae for almost a decade (1990 to 1999), as Vice Chairman to Chairman and CEO, another scandal of epic proportions that “centers around Johnson!" This plot, from what I gather, “helped sink the American economy,” costing taxpayers about "$153 billion, thus far.”

A scandal –– as articulated by a 2011 New York Times Op-Ed by David Brooks, stemming mainly from the book Reckless Endangerment –– that implicates "dozens of the most respected members of the Washington establishment.” Whereas, “Johnson and other executives kept $2.1 billion for themselves and their shareholders. They used it to further the cause –– expanding their clout, their salaries and their bonuses.” Yet, “only two of the characters in this tale come off as egregiously immoral. Johnson made $100 million while supposedly helping the poor,” while former Massachusetts Representative Barney Frank kept his head in the sand.

Can anyone tell me why there have been no indictments here?

Johnson is not immune to “controversial executive compensation decisions in recent years” either that not only included those in the private sector, but inside Fannie Mae. As reported by The Washington Post back in 2008, “The accounting manipulation for 1998 resulted in the maximum payouts to Fannie Mae's senior executives –– $1.9 million in Johnson's case –– when the company's performance that year would have otherwise resulted in no bonuses at all.”

Still, these executive bonuses have been off President Obama's "attack radar," as are the energy firms that received government funding from his administration, which are implementing the same shameful bonus rewarding practices.

While Mr. Johnson escaped Obama’s VP vetting table, he made it to Obama’s green-energy table. In 2001, Johnson joined the private banking firm Perseus, LLC (a $2 billion private equity fund in Washington) as the Vice Chairman. However, his executive biography is no longer on the Perseus site, but can be found at his Goldman Sachs bio (and I have a hard copy).

Beacon Power Corp. and Evergreen Solar, Inc. are Perseus portfolio companies listed as Energy and Energy Technology investments, of which both were winners of stimulus money and went bankrupt.

The Beacon Bust connection is not limited to Mr. Johnson. As revealed in the House Oversight investigation, and told by The Daily Caller in 2011, “Beacon Power’s CEO and president [F. William “Bill” Capp]" and other executives donated generously to Obama and other Democratic Party candidates.

We've established Johnson as a 2008 Obama bundler, and is reported be bundling for the president again, while personally donating to both of Obama's campaigns. However it's important to note that "Perseus officers have donated $120,700 to Obama and the Democratic Party’s top three fundraising committees since the 2007-08 election cycle."

The Evergreen Solar Shut Out

Evergreen Solar, Inc., now Evergreen Solar (China) –– “one of the Obama administration’s pet ‘green energy’ projects" –– apparently received "stimulus funds, grants, tax-credits, low-interest loans and subsidies." However, we don't know exactly how much or when. But we do know that in 2008, Governor of Massachusetts Deval Patrick made a speech to congratulate the expansion of Evergreen Solar in his state, touting the partnership as “what we must do to grow our economy and save our planet.” Further, we know that Evergreen collected a "$58 million financial aid package from the Patrick-Murray administration to support Evergreen’s $450 million factory."

The problem with tracking just how much taxpayer money Evergreen collected is that at the time their bankruptcy was publicized in August of 2011, the data went missing from federal records. Nevertheless, in April 2009, the White House announced Evergreen as a “green jobs creator," claiming that the Recovery Act was working  –– they were noted as a beneficiary of federal ARRA (American Recovery and Reinvestment Act), stimulus funds,” as dug up by David Mastio at the Washington Times.

A few news publications did pay homage to some of the stimulus awards while broadcasting Evergreen Solar’s demise –– they filed for bankruptcy in August of 2011, reporting 800 USA job losses, while moving their "green jobs" and entire company to China.

How much taxpayer money did Evergreen Solar take down the bankruptcy tubes (or to China)?  News Busters Tom Blumer, "unreported and impossible to track," best answers that question.

In March 2011, the Vehicle Production Group (VPG Holdings LLC), "a Miami start-up that is manufacturing wheelchair-accessible cars and taxis” received a $50 million ATVM loan from the DOE.

October rolled around, and "Surprise! Another Obama bundler benefits from 'green-tech' subsidies." Finally, The Washington Post connected the green corruption dots to the infamous Mr. Johnson, “An investment firm whose vice chairman has been an adviser and fundraiser for President Obama saw one of its portfolio companies win approval this year for $50 million in loans from the administration’s clean-energy loan program.”

However, the other two –– The Beacon Bust and Evergreen Solar Shut Out –– were sorely missed by the media, a piece of the green corruption scandal that I've been sitting on for over a year now.

With seventeen companies listed on the Perseus Energy & Technologies Portfolio, I'm sure if we dug deeper, we'd fine more than three. On the other hand, there is one that struck me –– Clean Energy Fuels Corp., T. Boone Pickens’ alternative energy company. I remember digging up some research about Pelosi and Pickens.

Oh yeah, House Minority Leader Nancy Pelosi owns stock in that company, and Clean Energy Fuels Corp. stands to be the biggest beneficiary of passage of the Nat Gas Act that, so far, was voted down by the Senate in March of this year. This is another piece of legislation that will not only benefit those listed here (Mr. Johnson too), but others like George Soros, another major Obama connection and green corruption player –– both noteworthy stories, but for now we'll stay in the "green car cronyism" lane.

Johnson's firm Perseus was the winner of one of the five ATVM loans that were finalized by the DOE –– part of the DOE loan program, totaling over $34.7 billion of taxpayer money. Of those five, three have close Obama connections. In the summer of 2010, right after I began to follow the "green" stimulus money, I covered two of them. Eventually others took notice like iWatch in late 2011, "Energy's risky $1 billion bet on two politically-connected electric car builders."

They include Fisker Automotive for $529 million to build cars in Finland (haven't a few gone up in flames and what about those layoffs?), which is a Kleiner Perkins investment where John Doerr and Al Gore are partners. Doerr by the way, is not only an Obama donor, but is positioned on Obama's Job Council and had influence on what went into the energy-sector of the 2009-simulus package. Meanwhile Telsa Motors that received $465 million (as of late, had some design problems) is an investment of the "Green Bundler with the Golden Touch," Steve Westly (The Westly Group). Mr. Westly, of course, is a DOE Advisor.

Both of these firms are part of what I call the "elite green group" –– those Obama cronies raking in billions of taxpayer money through a multiple of green-government subsidies approved under the Obama administration, mainly from the 2009-stimulus package. This is a group that I have referenced in various parts of this scandal, and I will eventually expose a complete compilation, in order to grasp the extent of favoritism at play here.

But for now, I'll continue with the DOE “Junk” Loans and Cronyism, exposing the 90% that have "meaningful" ties (bundlers, donors, etc) to President Obama (at least 16) and other high-ranking Democrats –– or both, four to Senator Harry Reid alone!

Next up is the Solyndra Saga –– once the poster child for the president's clean-energy initiative, quickly morphed into the template for Obama's "green corruption" scandal (political payback). Yet, as most concluded a while ago, Solyndra is only the tip of this "corrupt" iceberg.

I hope the Obama Team has life jackets.

First published on Blogcritics Magazine, and it made top billing in politics:

Now at Green Corruption –– the place where this entire scandal is being exposed piece by piece until the 2012 election.