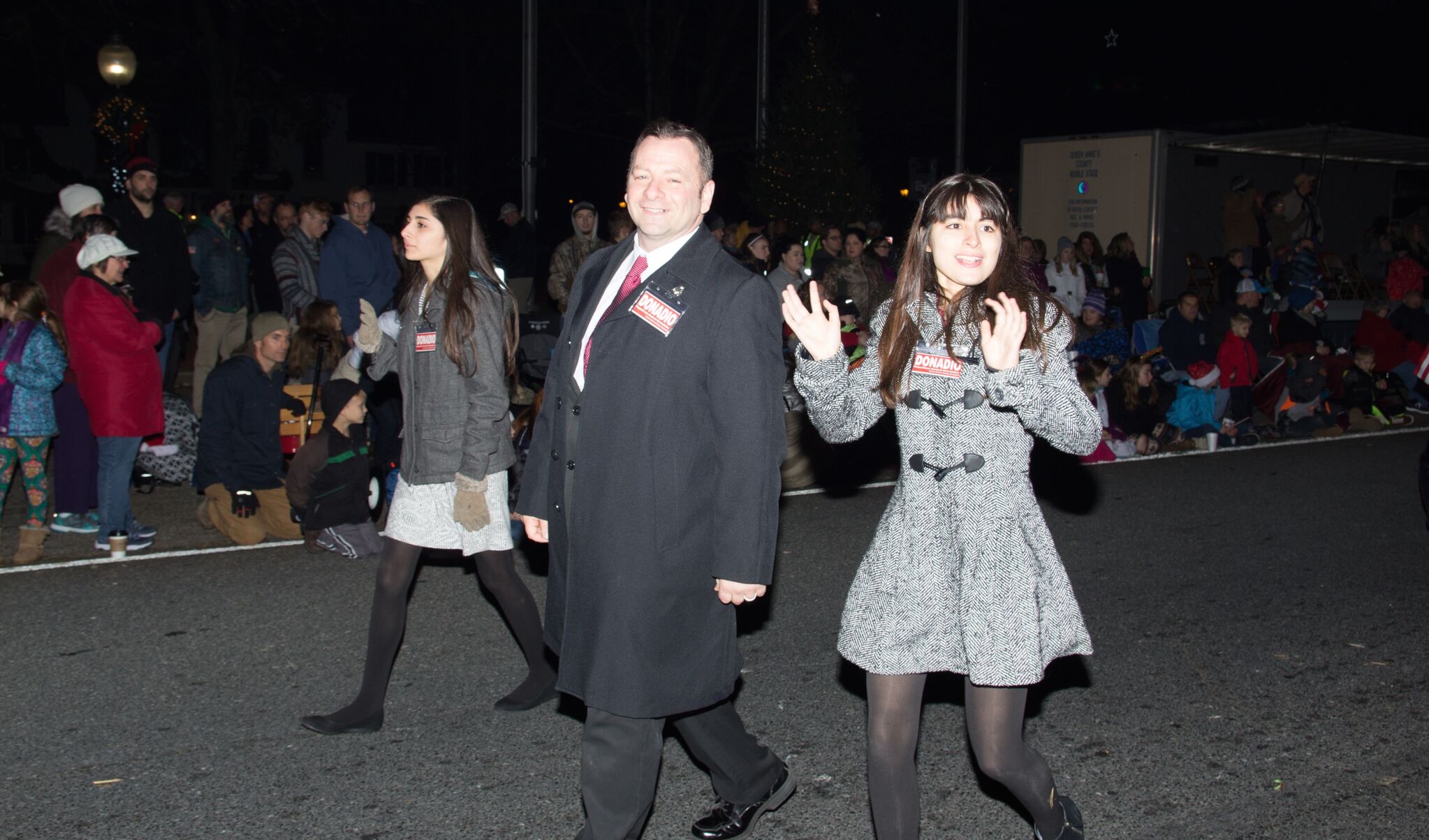 Barry Donadio is the Republican Candidate for Queen Anne’s County Commissioner in district 3 for the 2018 election. He is also currently the Sergeant at Arms of the Maryland Republican Party.

On December 1st 2017, he marched in the Centerville, Maryland Christmas Parade with his daughters Dona and Giovanna by his side.

It was a warm evening for December 1st and the turn out for the parade was larger then recent years. There we lots of children and rideside campfires. It was an over all great time for all.

Donadio said that he was impressed by the hospitallity shown to him by county residents while he was walking in the parade.

Donadio has lead an aggressive campaign by meeting with citizens and community leaders to address their concerns. He states he is going to fix the traffic problems in the county as well as keeping the taxes in the county low. He also wants to create more jobs in the county, especially medium wage jobs.

Because of his strong law enforcement backround as a former member of the U.S. Secret Service, he will be addressing heroin addiction issues and crime. Keeping our children off alcohol and drugs are also on his agenda.