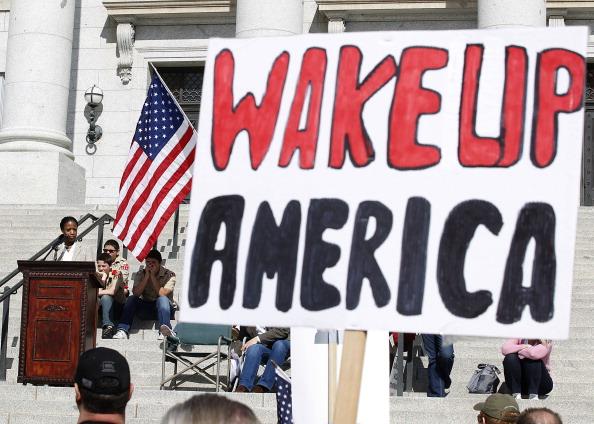 Round one of the gun control battle on Capitol Hill has been seemingly won by default by the protectors and supporters of the U.S. Constitution’s Second Amendment. This win for gun rights advocates became obvious to Senate Majority Leader Harry Reid (D-Nev.) this week. He ordered Sen. Dianne Feinstein (D-Calif.) to pull the so-called assault weapons provision from the bill. This bill had been passed by the Democrat controlled Judiciary Committee.

This comes on the heels of what appeared by many vote counters inside the Washington D.C. Beltway to be headed for total defeat. Even Reid’s own count reportedly indicated the most Democrat votes, that could be mustered to support the assault weapons ban was only 40. This is far less than the 60 votes President Obama needed to prevent a Republican filibuster of the bill. This is a victory for gun rights in the continuing congressional gun control battle

For the hysterical claims and attacks raised by New York City Mayor Michael Bloomberg, and Chicago Mayor Rahm Emanuel's in an attempt to strong arm national gun rights supporters with their bluster, it is a bitter defeat. This is also an important set back to the hysterical theatrics that the president displayed as he attempted to use his bully pulpit to force congress to submit to his will after the tragic shooting in Newtown, Connecticut.

Despite the facts that demonstrate the shooter Adam Lanza, was suffering from apparent severe mental illness issues, Obama resorted to scare tactics to pin the blame on gun rights. This is where he failed to exercise true presidential leadership. He clearly purposed his focused on fear mongering because it was what the liberal media hysteria machine wanted and craved. After all, who would be able to sustain the withering assaults from the main stream media, he had to reason.

But, Obama and the alphabet soup of media networks underestimated the commitment of gun rights and constitutional advocates who were unwilling to witness nor permit the undoing of those basic rights Americans who dear. When the president felt he was falling back on what he thought was an easy target, gun owners, gun owners and supporters instead locked arms and moved forward!

Even former astronaut Mark Kelly’s recent cheap trick to spur on support against gun owners did not prevail. He tried to resurrect the legitimate sincere sympathy Americans felt over the attack upon his wife, former congresswoman Gabby Giffords. She had survived a vicious attack in an armed assault against her which resulted in the tragic deaths of six victims in Tucson, Arizona in January 2011.

Kelly tried in vain, in March to dramatize that the legal buying of an AR-15 style weapon was somehow a national news story special bulletin about the evils of assault style weapons. It fell flat, because Kelly had purchased the gun legally and had gone through the proper legal guidelines to register the weapon. So where was the story and where was the news if everything he did was legal?