Note: Please read Part 14 regarding this disturbing and gut-wrenching issue:

Americans – Like Nazi Germans – Don’t Notice that All of Our Rights Are Slipping Away (Part 14)!-Posted on Tea Party Command Center-By Jake Martinez-On October 6, 2013:

Note: The following articles and/or blogs and videos relate to this disturbing and gut-wrenching issue:

Who was it in my life that always told me you can never simply trust the government?   “Oh what a tangled web we weave,  when at first we practice to decieve.”

It would appear that Secretary of State John Kerry has unilaterally without full consent of either body of representatives, and by circumventing We the People’s Constitutional Rights.  This is not only something every single American need to be alarmed about, but where is the outrage?  In a post I published yesterday,  I included a document published by the United Nations. The document will be reposted in this particular post.

At any point in history, when an entire populace has been completely disarmed, those who suffer are the disarmed. There is never a greater threat to an individuals liberty, than when their own government is working tirelessly against them in the face of nearly every issue that immediately impacts you.  In the year 2011 and 2012 President Obama signed the N.D.A.A..  I will quickly explain the N.D.A.A. gives authority to any person or agency of the governments approval to not only detain indefinitely any American citizen, but citizens can be arrested without charge, and with no communications to the outside.

This is unprecedented in the History of the United States of America, and it is outright treason.  The outrage comes when then candidate Obama in 2007 ” when I am President I will have my team of judicial lawyers review all Executive Orders and other laws passed by a previous administration, and repeal any law that is Unconstitutional”. These were then candidate Barack Obama’s exact words. Now the fact of the matter is, Barack Obama has passed more controversial laws to the Constitution, and Executive Orders that are not in compliance with the rights bestowed upon man at the time of the Constitution’s authoring. Barack Obama has circumvented the confinements of the Constitution, unilaterally declared war on the American people, and has no intent on working for the people that elected him.

I want to note that this same Small Arms trade Treaty was rejected last year in 2012 in the U.S. Senate. The process of bringing that treaty up for a vote would require Secretary Kerry to actually bring that treaty to a vote. So Secretary Kerry acted unilaterally on behalf of him self, and the President, and of course the United Nations. Where are the American People in this process? The United States Constitution was not written for the Government to reign control, but was intended to restrain the Federal Government. The idea that the Secretary of State John Kerry unilaterally signed a treaty with a foreign entity and circumvented both bodies of Congress by doing so, but that this treaty was also never ratified by  two thirds of the states, and or respectively the people of those  states.

Coincidentally, when Adolf Hitler was the Fuhrer of Germany, he was such the charismatic leader of the German peopleas well. Although Adolf Hitler presented him self to the populace in Germany as the leader who had compassion for his people, it did not influence his conscious to act with compassion. Quite the opposite actually.

The reality that Adolf Hitler effectively disarmed the population of Germany and of course those that truly suffered throughout the reign of Adolf Hitler the Jewish people, should never be looked at with the thought something like that could never happen in the United States, it might be time to arouse yourself from that slumber your trapped in.  When Adolf Hitler made it illegal for one to defend themselves in the name of the children, children were not exempt from Hitler and the carnage that took place in Germany.

The Second Amendment to the United States Constitution clearly specifies the right to keep and bear arms shall not be infringed. It states as follows

” A well regulated militia being necessary to the security of a free state. THE RIGHT OF THE PEOPLE TO KEEP AND BEAR ARMS SHALL NOT BE INFRINGED.”

Nowhere in the Second Amendment does it claim that the right to bear arms is so as the people can hunt. Also if the argument to bear arms was exclusive to the military, the Constitution would specify such.  With this argument I direct you to the Federalist Papers.

The minute possibility that the founders of our country as it were a Free Republic do not argue that a “well regulated militia” is the same definition of our nation’s armed forces. Further, the founders fully specify that the militia is comprised of the PEOPLE, as do they specifically state that militia having the same authority to behold arms that are equally as sufficient as that of the United States Military. The arguments further implicate that their profound reasoning for bestowing the right to keep and bear arms, is to sustain the Freedoms of our Republic.

Let us never forget our founding fathers defeated their own tyrannical government. Also, their sentiments of bestowing these rights upon us, are to be used as a last resort effort to reclaim our nation from a tyrannical government.  The Freedoms passed down to the United States  People for generations upon generations were not given to the people as a priveledge, but are ” certain and inalienable.” This means these rights are guaranteed under God almighty. As these certain rights are guaranteed, they CAN NOT be taken away! No matter how one may choose to argue the twenty three Executive Orders signed by President Barack Obama, it is more than necessary to understand your inalienable rights, as well as to know them. There is no arguement in the Constitution nor will an arguement appear in the Federalist Papers that gives the President or any other member of Congress and or the Senate, and Secretary Kerry is not an elected official, irrelevant of his past held office of the U.S.Senate.

In all actuality, Secretary Kerry should be held to higher accountability after having served on the U.S. Senate. Senator Kerry, Barack Obama, and all members of our government who having been complicit in the usurpation of We The People’s Constitutional Bill of Rights must be held to accountability to the utmost highest decree of the laws they are restrained within our Constitution. In which, fully indicate We The People of these United States have the maximum and exclusive authority to imprison impeach and remove public servants.  We The People must invoke our Tenth Amendment to declare this treaty, and all other Unconstitutional laws null and void!  Tenth Amendment states

“The powers not delegated to the United States Government, nor prohibited to it thereof, are reserved to the States, or respectively”.

THE PEOPLE! Without the Second Amendment,  We The People would not have the maximum authority to make null and void any laws declared Unconstitutional. The Second Amendment is what contributes to our diversity of opinion. It allows one to defend themselves in the face of danger.The Second Amendment is how one has the right of choice in any situation. Not to imply that it ought to be used in every situation, but it levels the playing field when you absolutely needed it.

In the event that a criminal has illegally entered your home, if they have entered your home illegally they definitely are not paying attention to what the law specifies. If they are not in compliance with the law and the law states you cannot keep firearms, what are you going to do when that person still posesses a firearm? Police officers take the same amount of time in a life or death situation to make the difference of death rather than life. Are you as an individual comfortable, with the idea that your right to defend yourself against foreign invasions at home, or a rogue new domestic military could take away your ABILITY TO DEFEND YOURSELF, when it clearly states that is certain and inalienable under GOD? Just a little bit of food for thought.

The above indication can be referenced at the top of this post by clicking the link at the top. I just wanted to disclose this statement with everyone who chooses to read my post, but the document released by the United Nations gives the confirmation that this foreign army or rogue domestic military have a stated intention of disarmament of the American citizens. More specifically, We The People. The document claims that Americans are a static problem Iin the implementation of Agenda 21. I will go into that on a different post. The document released also gives an estimated 500, 000 million firearms still remain in the posession of its private citizens. It implies to the United States government that it needs to be more proactive in the disarmament of American citizens. Of course it requests the government confiscate guns either voluntary or whenever possible. It also indicates a glimmer of hope for We The People, it states that there is no doubt Americans will not just surrender their arms. I hope noone reading this has already surrendered. As the saying goes

Note: Please read Part 16 regarding this disturbing and gut-wrenching issue:

Americans – Like Nazi Germans – Don’t Notice that All of Our Rights Are Slipping Away (Part 16)!-Posted on Tea Party Command Center-By Jake Martinez-On December 8, 2013:

Is Our Government Aggressively Engaged in Gun Confiscation In the US?-Posted on Tea Party Command Center-By Jake Martinez-On December 1, 2013: 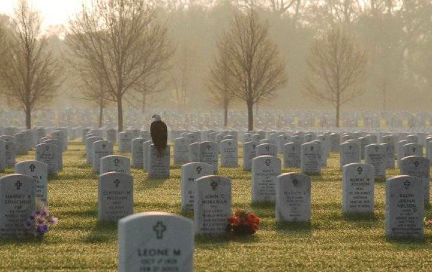 Time To Remember The Price Of Freedom!

The coming chaos from the Obama-Soetoro playbook!

Are We Witnessing Narcissism At Work?

Narcissism and Tyranny—The Consequence of Executive Egocentrism: ‘Self Service Masquerading as Public Service!’

Are We Witnessing Conversational Hypnosis At Work?

What we haven’t been told about the President’s background! Were We Forewarned About What to Expect If President Obama Got Elected?

Former Counsel to World Bank Claims that US Government has been Co-opted by Corrupt Global Corporations!

WHEN LOVING YOUR COUNTRY MAKES YOU AS A DOMESTIC TERRORIST!-Posted on Tea Party Command Center-By Jake Martinez-On July 7, 2012:

What Happened to Free Speech?

Video: Team Arpaio: Congressman On Board; There Will Be Obama ID Fraud Action!-Posted on Western Journalism-By NEWSEDITOR-On October 5, 2013:

Note:  My following blog relates to and/or further supports this disturbing and gut-wrenching issue-You Decide: