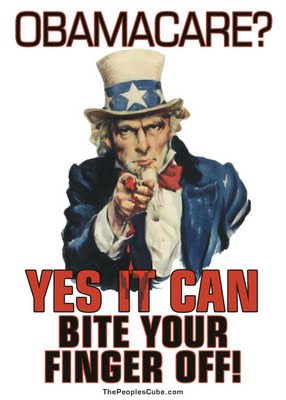 Who’s gonna pay for Viagra for men or tampons, pads, and pantiliners for women? Taxpayers of course if Obama gets his way! Everything goes on our tab – including Obama’s fetish for Green Things and “God’s Country.”

We paid billions for those lousy “green companies” that didn’t create jobs yet they padded the pockets of the criminal scum. By the way another green company (Abound Solar) is hitting the dust laying off employees and taxpayers are about to lose 400 million dollars more.

They hit us for a debt ceiling increase, promising to reimburse us for that costly expense. What did we get – higher inflation, higher gas prices and a note from Congress saying poor ole Fannie’s financially strapped again due too many bonuses, too many incompetent CEO’s and back yard junk dogs. Fannie needs a little hand up amounting to the tune of 6.4 billion dollars.

No doubt we are our brother’s and sisters keeper, but there comes a point in time that little brother and little sister need to step up to the bat. Obama and DEMS say little sister wants “The Morning After Pill” so she can play around at night. I say, she can give up a couple of cokes, a bag of chips and buy it herself or if that doesn’t suit she can opt for abstinence. There comes a time that Americans must revert to “Tough Love.”

Congress treads on our freedoms and rights again – just like the Supreme Court they choose to rewrite the laws of our Nation. The Obamacare mandate forces contraception coverage on Religious Institutions who morally don’t believe in it. So Obama did a little soft shoe and pulled another skunk out of his hat.

Today a bill was nixed by Congress that would have allowed insurers to opt out of providing contraceptive coverage if employers had religious or moral objections. Once again Congress thumbed their noses at us and stomped on our Constitution.

There’s a lesson here that all Americans need to learn. A quote from Ronald Reagan, "The problem is not that people are taxed too little, the problem is that government spends too much. To sit back hoping that someday, some way, someone will make things right is to go on feeding the crocodile, hoping he will eat you last – but eat you he will."

I say, “Let’s quit feeding the crocodiles and send them back to the Zoos from whence they came.” It’s time to “Take Back Our Country America.”