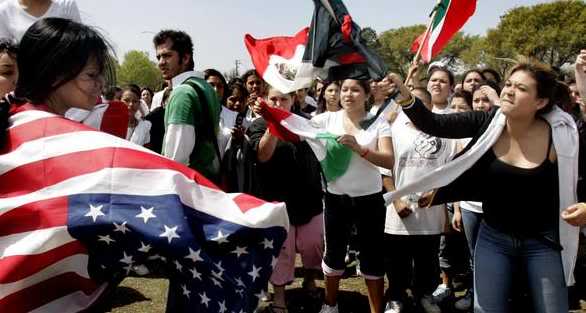 For five days now hundreds of Central Americans — children, women and men, most of them from Honduras — have boldly crossed immigration checkpoints, military bases, and police in a desperate, sometimes chaotic march toward the United States. Despite being in Mexico without authorization, no one has made any effort to stop them.*

* See: "A Huge Caravan Of Central Americans Is Headed For The US, And No One In Mexico Is Stopping Them"