Vladimir Putin's recent outrages, from his unflinching support for the murderous regime of Bashar Assad in Syria to its violent and illegal annexation of parts of Ukraine to his apparent complicity in shooting down a civilian airliner last week, killing more than 290 innocent people, are affronts to the civilized world.…
Continue 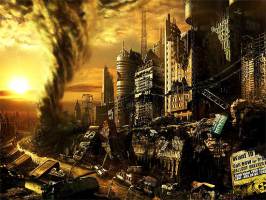 As recent events continue to show us, one never knows when either a man-made or natural disaster can strike. Normal, routine, everyday life can change in the twinkling of an eye. Part of being a responsible adult (especially if one has a family to protect and care for) is to be mentally and physically prepared to face a wide variety of…

WHEN Egypt had initially put in MORSI, with the pressure from Obama and Valerie Jarrett due to her involvement in the Muslim Brotherhood. The plan was that Egypt after receiving the Tanks and Fighter Jets sent from Obama to Egypt, this was the first stage. Than it was Morsi that was going to join forces with Hamas; due to the affiliation with the muslim Brotherhood. However that all went sour, when Morsi tried to force his hand on the Egyptian people with Sharia law; Jumping the shark is the term used in show business when any particular series, movie or television, has gone past the point of no return with something so inane and ridiculous that people, even their die-hard fans, simply give up and stop watching.

I have read the phone message message. I don't know who thought that up, but you are preaching to the choir. By identifying your message as the tea party in the opening statement, people will hang up. You need to hit them where it will hurt most, in their pocket book, in the lives of their children, and in the communities where they live. The truth of the matter is that they need to be scared into opening their eyes to the dangers of how this border crisis, and obama in general will affect…

If Not Impeachment, What?

This is what happens in Ga. when a Property Management Co says you can't fly an American flag... 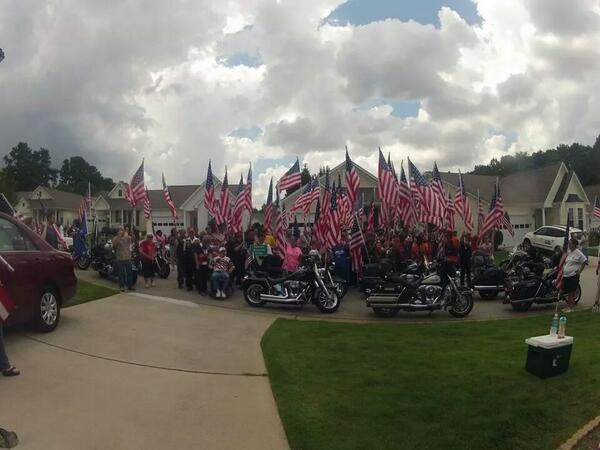 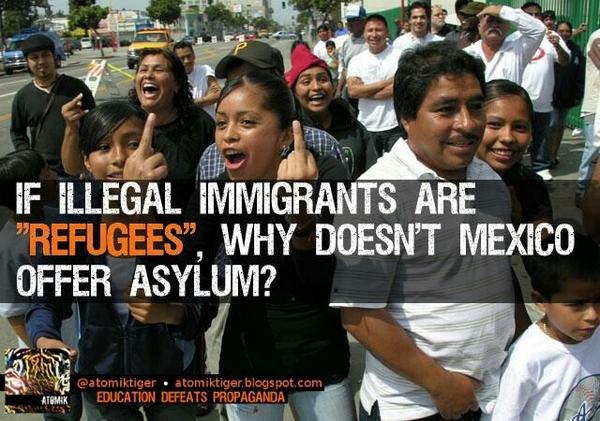 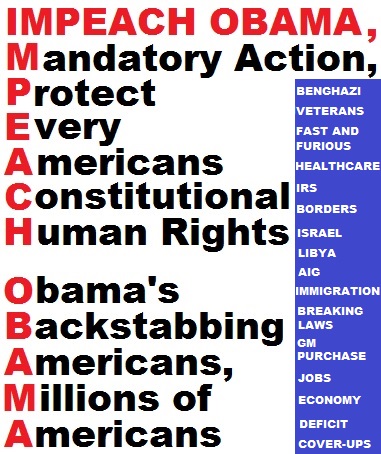 Former Washington lobbyist Jack Abramoff is warning that efforts to prohibit states from legalizing online gaming is a form of corruption.  Speaking to Human Events, Abramoff warned that legislation pushed by billionaire Las Vegas casino owner Sheldon Adelson is a form of bribery.  Adelson has pledged to "spend whatever it takes" to enact the ban and has hired an army of lobbyists to see it done.  News reports suggest… Words can not express my disdain for the reprehensible behavior of VP Joe Biden and his Democrat co-conspirators. At a gathering of mostly black civil rights leaders Biden strategically launched a nasty false narrative for the sole propose of ginning up racial hate and division.…

"...Any action Congress might consider to address the current border crisis would be futile should the President go forward with these lawless actions. Congress must speak out and fight against them. It must use its spending power to stop the President’s executive amnesty..."… Naturally, they have a right to do so but none of them offered any viable or even veiled facts…

And if we did not have the 4 communist run cities we would not even be on the chart ! To argue the Palestinian side, in the Gaza war, is to make the case for barbarism.

To argue the Palestinian side, in the Gaza war, is to make the case for barbarism.

Of all the inane things that have been said about the war between Israel and Hamas, surely one dishonorable mention belongs to comments made over the weekend by Benjamin J. Rhodes, deputy national security adviser for strategic communications.

An Obama Impeachment is a must solution

Capitol Hill GOP leaders are joining President Obama and Senator Harry Reid to ‘cram ‘illegal’ immigration down (y)our throat’, one way or the other; very much replicating the 2009 Capitol Hill Democrat Party’s majority to ‘cram’ ObamaCare down (y)our throat.  Conservative Republicans are rejecting their decisions on this issue.

GOP leaders, McConnell, Boehner, and their co-leaders appear to be…

"Americas must realize that self-scrutiny is not treason. Self-examination is not disloyalty."

Seek the truth and let the people know. America will never be destroy from the outside;… On July 17th another Malaysian plane…MH-17… went down but this time it was different. Different than MH-370 in that this one did indeed crash. However, crashing is NOT what makes this different…being shot down out of the sky…

Now here's an idea I can get behind! 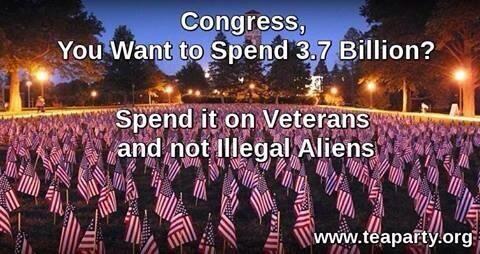