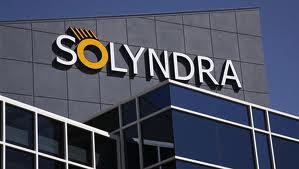 Everyone who pays any attention to the news knows the name Solyndra. It has become synonymous with the overall failed green energy program administered by the Obama team. Politicos know there are many other…

This is why grass roots Republicans must take over national republican leadership!!!!
National Republican Congressional Committee: It Wasn't Courts Role To Defend The Constitution
“Friend, Chief Justice John Roberts wrote yesterday, ‘It’s not our job to protect the people from the consequences of their political choices.’ He’s right. You may disagree with his decision to uphold Obamacare, but his point…
Continue

Purse Strings in the Wrong Hands...

Most people do not understand how our Budget process works or how our nation passes a bill.  There are three sets of hands on the purse strings of our nation.  When a party controls ANY TWO of these strings, they are in control.  These strings are in the hands of the President, the Senate, and the House of Representatives.

I am not an economist.  I am not a highly educated man.  So, I try to take the complicated and make it less complicated so that I can understand it more…

Article V of the Constitution

The Constitution provides that an amendment may be proposed either by the Congress with a “two-thirds majority vote in both the House of Representatives and the Senate,…

“Are You Spitting In Jesus' Face ?-The Refusal To Remove Evil.”

“Are You Spitting In Jesus' Face ?-The Refusal To Remove Evil.”
How does one describe what is occurring in America other than what is written to warn and advise us in the Bible and also of the words of our very own American…
Continue

OBAMA AND NAPOLITANO BOTH HATE ARIZONA, WE DO NOT THINK MUCH OF THE EATHER I BELIVE THAT THEY ARE TRAIDERS TO OUR COUNTRY.

So you don't think we're in trouble huh???

Harwin Central Mall: The very first store that you come to when you walk from the lobby of the building into the shopping area had this sign posted on their door. The shop is run by Muslims.

In case you are not able to read the sign below, it says, "We will be closed on Friday, September 11, 2009 to commemorate the martyrdom of Imam Ali."

Judge Roberts did us a favor

So many people do not seem to understand that this is a good thing ! The SCOTUS is not supposed to legislate !

To correct this problem Congress must be put on the hot seat and not be allowed to pass the buck !

Want to really make sure it happens

Write to your congress-critter every week and open that…

Whatever you do, work at it with all your heart as working for the Lord, not for men. ~ Colossians 3:23

Excessive taxation ... will carry reason and reflection to every man's door, and particularly in the hour of election. ~ Thomas Jefferson, letter to John Taylor, 1798

Why is it, that so many emails I get are from people who ‘have the answer’ to fix our dilemma, yet all they can tell us about their fix is that they need our donations?  WHAT??  And worse,…

REMBER THIS OLD SONG?????DIDN,T NEED NO WELFARE STATE EVERYBODY PULLED HIS WEIGHT, GEE, OUR OLD LA SALLE RAN GREAT. THOSE WERE THE DAYS. Reagan said, “Freedom is never more than one generation away from…

"Excessive taxation ... will carry reason and reflection to every man's door, and particularly in the hour of election." --Thomas Jefferson, letter to John Taylor, 1798

The lier with in us

As I set here today three question come to mind.

(1) Who was working for Obama doing the healthcare debate?

(2) Who was working for Obama doing the debate, and is now on the Supreme Court?

(3) Who was working for Obama doing the healthcare debate,and is now on the Supreme Court who could had told Obama what to us ,and say,when the law is…

GIVE IT A REST DEE , TAKE A VACATION, I DO NOT EVEN TRUST ANY TEA PARTY ANY MORE.

Howdy all!  Well we all are still reeling from the 2 big stories of the day.  Yes we had no clue this would happen, in fact it seemed like a slam dunk what the outcome of one would be.  But, it is true, Nadal is out of Wimbedon in the second round; GHASTLY!  And Derek Jeter tied Cal Ripken’s all-time hit record.

As most of you realize by now, Today’s decision regarding Obamacare has nothing to do with Constitutional law. Chief Justice Roberts had to do some creative thinking to declare that the penalty for not having health insurance is really a justifiable tax.
It’s pointless to analyze law to discover legal reasons for the decision. To get at the reason for the decision, you must know Washington itself. It’s the city and social climate here that are responsible for this bad ruling. The social…

THIS IS A SAD DAY FOR EVERY REPUBLICAN.. WE HAVE BEEN DOUBLE CREOOED BY OUR OWN PARTY MEMBER.

She has taken a quick grasp of the heakth care mess.  She has stated that SCOTUS has passed the buck to congress in the form of a propoosed new level of taxation and she is taking immediat steps to get congress to take the necessary steps to refuse to agee to any type of new tax. This is one candidate who has this independants vote come november