It is time to let our representatives know that it is time for them to go home for good. It seems that they feel that their chairs are a permit part of their "asses". No representative should be in the house or senate for more then two terms. "We the people" should be able to vote on a referendum to that effect. Not the house or the senate. The "PEOPLE" should have their voices heard. For too long "our" so called elected politicians have ignored our voices. It is time that they we wake them up… Continue

MAD AS HELLL NOT GOING TAKE IT NO MORE

Are you kidding me?

President Barack Obama's African aunt is going before a Massachusetts immigration judge for a second time to argue she should be allowed to stay in the United States. Her status as an illegal immigrant was revealed just days before Obama was elected. Obama says he didn't know his aunt was living in the country illegally. How dumb of a statement was that? I just didn't know...

Just joined! Are their any like minded people in the Falls Church area who want to meet and from a local group?

Published on DickMorris.com on February 1, 2010


President Obama is being disingenuous when he says that the budget deficit he faced "when I walked in the door" of the White House was $1.3 trillion. He went on to say that he only increased it to $1.4 trillion in 2009 and was raising it to $1.6 trillion in 2010.

Congressman Joe Wilson might have said "you lie," but we'll settle for "you… Continue

Recently, some have tried to portray the Tea Party movement as a commercial endeavor rather than the grassroots uprising that it is. Those who do so don't understand the frustration everyday Americans feel when they see their government mortgaging their children's future with reckless spending. The spark of patriotic indignation that inspired those who fought for our independence and those who marched peacefully for civil rights has ignited once again. You can't buy such a sentiment. You can't… Continue

No Friend of Liberty

BEHIND OBAMA'S PHONY DEFICIT NUMBERS
Obama's program of fiscal austerity in this new budget is a joke.…
Continue

WHAT I SAID TO THE REPUBLICAN MEMBERS OF CONGRESS

We recently witnessed another photo-op, as Obama graced the Republican conference with his presence filling the room once again with more lies and re-writing history about inherited deficits. He inherited it from a Democratic congress, and forgets that he voted for every spending program from 2005 onwards. Once again he is delusional and disingenuous. He tells his own story about the economic decline, while preaching how health care will save the day. Yes, of course, Mr. President. You are… Continue

Is The Tea Party Becoming Just Like the Rest in Politics ALREADY?

If this movement becomes just like all other Politics and are only looking to fill their pockets, for profit of the organizers, then this is becoming a sad time in America.. God Help Us..
Paying Palin $100K is rediculous, if she doesn't want to become part of the movement of the TeaParty and rally the folks for the benefit of the Tea Party, then we do not need her. ITS ABOUT THE CONSTITUTION AND OUR FREEDOMS, THESE PEOPLE WHO ARE CHARGING THIS KIND OF MONEY DO NOT GET IT.. The Tea Party… Continue

Response to Fort Hood Shooting by Obama/Bush is Very Different

Everyone needs to see this!

So, who told the White House?

I sent my cousin in Fayetteville , N.C. (retired from… Continue

'Media Malpractice: How Obama got Elected and Palin Was Targeted' is a great DVD resource showing the media's brazen bias in the 2008 election. Tea Party members can have this 2+ hour documentary for only $7.00 (+s/h) using the discount code: 'teaparty' when ordering the DVD online at : www.howobamagotelected.com
If you have friends or family who still doubt that the mainstream media is corrupt then show them this DVD and they will be… Continue

It turns out the Democrats were too clever by half.

In four vacant Senate seats - they managed to go zero for four in putting people in place who have virtually no chance of being re-elected.

It's not bad enough that the midterm elections are shaping up as a bloodbath for the Democrats - but now they'll be forced to defend what should have been safe Senate seats in some of the bluest states of the country.

The 2010 elections are only nine (9) short months away, and the Tea Party movement has momentum on their side. One of the major objectives of the movement, and why it has caught on like wildfire, is to weed out the thinned down conservatives - those conservatives you thought were on your side, but voted too many times with Obama's socialist agenda. One of the most important lessons Ronald Reagan taught us is that when you stick to your core conservative principles -- you win.

This is alarming, and the line between Obama and Mao is becoming very thin. We have already seen the Obama indoctrination of our small children in public schools, and this recruiting through our schools is over the line. Another critical reason why government does not belong in our school system. From Atlas Shrugs, "Obama is using high school children to goose step on the healthcare… Continue

Success, not in spite of a lack of labels, but because of it

We are all here because we are dissatisfied. It makes no difference if the person who feels that dissatisfaction is a Republican, Libertarian, or a Democrat because, first and foremost, we are Americans. We have a proud history of individualism and self-reliance yet tempered with a team spirit when that is needed. This is what makes the Tea Party successful: you don't have to be anything but you with an open mind to be one of us. And you don't have to give up anything or follow anybody blindly… Continue

Why has Scott Brown not been seated as yet?

what is it that is delaying the seating of Senator Elect Scott Brown. The Military votes are in and counted. They have had no effect of the winner of this seat. It is well over the 10 days required by MA to confirm and the US Senate to seat and elected Senator. Can anyone out there tell me why the Democrates and Republicans alike are being silent on this issue?

The Most Pathetic Thing You'll Ever See 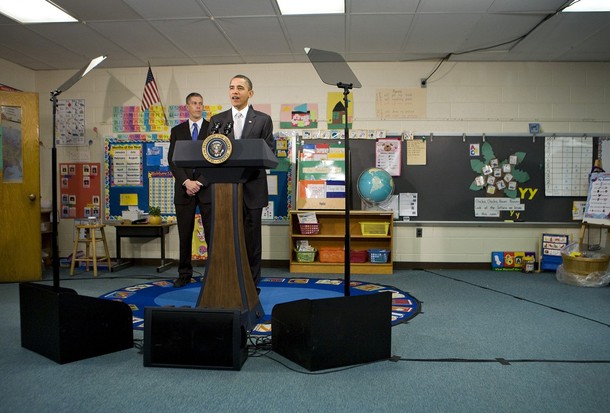