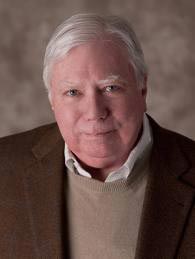 Dr. Corsi received a Ph.D. from Harvard University in Political Science in 1972.

Dr. Corsi is currently a Senior Staff Reporter for World Net Daily, where he works as an investigative reporter and top researcher for the Tea Party Research Team of www.TeaParty.org

In 2004, Dr. Corsi co-authored the #1 New York Times bestseller, Unfit for Command — Swift Boat Veterans Speak Out Against John Kerry (Regnery Publishing Inc., 2004) with swift boat veteran John O’Neill.   The success of Unfit for Command permitted Dr. Corsi to make a career change into full-time writing on politics and economics, two fields in which he has considerable expertise and experience.

In August 2008, he published The Obama Nation: Leftist Politics and the Cult of Personality (New York: Simon and Schuster Threshold Editions), which was a #1 New York Times Bestseller for a month and remained on the NYT Bestseller list for 10 weeks.

His most recent bestseller is America for Sale: Fighting the New World Order, Surviving a Global Depression, and Preserving USA Sovereignty (New York: Simon and Schuster Threshold Editions, which was published Oct. 13, 2009.

On April 13, 2010, Simon and Schuster will publish Dr. Corsi’s first novel, The Shroud Codex, based on the Shroud of Turin.  Books Published Since 2004   In March 2005, he published Atomic Iran. How the Terrorist Regime Bought the Bomb and American Politicians (WND Books, an Imprint of Cumberland House Publishing, 2005). A paperback version of this book was published in 2006.

In October 2005, Dr. Corsi published a book dealing with the politics of oil, entitled Black Gold Stranglehold: The Myth of Scarcity and the Politics of Oil (WND Books, an Imprint of Cumberland House Publishing, 2005), with co-author Craig R. Smith, CEO of Swiss America Trading Corporation.

In May 2006, Dr. Corsi published Rebuilding America: A Prescription for Creating Strong Families, Building the Wealth of Working People, and Ending Welfare (WND/Cumberland), with co-author J. Kenneth Blackwell, who is running as the Republican gubernatorial candidate in Ohio’s 2006 November election.

In July 2007, he published The Late Great USA: The Coming Merger with Mexico and Canada. This book became Dr. Corsi’s third New York Times Bestseller in July 2007  Prior Career Experience in Universities and Financial Services Marketing

For 10 years after getting his Ph.D. at Harvard, Dr. Corsi taught in universities, the last being the University of Denver in 1981, and conducted university-based research under federally funded contracts.

Dr Corsi Is an expert on political violence and terrorism.

In 1981, he received a Top Secret clearance from the Agency for International Development, where he assisted in providing anti-terrorism training to embassy personnel.

For nearly 25 years beginning in 1981, Dr. Corsi developed worked with banks throughout the United States and around the world to develop financial services marketing companies to assist banks in establishing broker/dealers and insurance subsidiaries to provide financial planning products and services to their retail customers.

In 1999, he began developing Internet-based financial marketing firms, also adapted to work in conjunction with banks.

He is a frequent guest on talk radio shows nationally and has made repeated television appearances on Fox News, MSNBC, CNN News and Fox Business News.

Dr. Corsi also holds currently valid insurance licenses in New Jersey in both Life and Health Insurance as well as in Property and Casualty Insurance.

Dr. Corsi is the founder of the 1776 Nation organization.

Dr. Corsi is the top researcher for the Tea Party Research Team for www.TeaParty.org

He lives with his family in New Jersey.