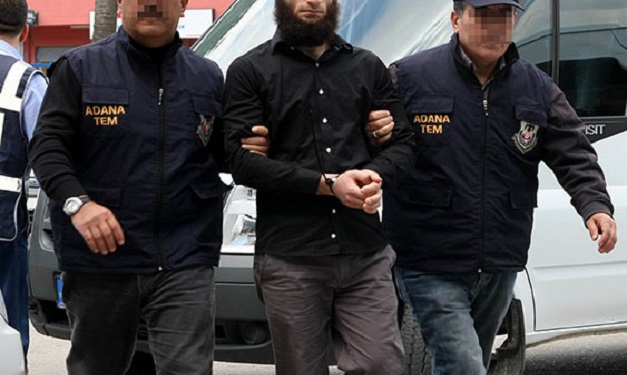 At an operation of Turkish police to al-Nusra Front conducted at Adana, Turkey; 4.4 pounds of Sarin gas has been found. At the operation related to Reyhanli explosions, and possible future explosions at Adana province by al-Nusra, 12 militants were taken into custody.  5 of them were released by now and interrogation of the remaining 7 is still ongoing. Militants stated that they would be smuggling the gas into Syria.  The question how they acquired / received the gas is still unknown. 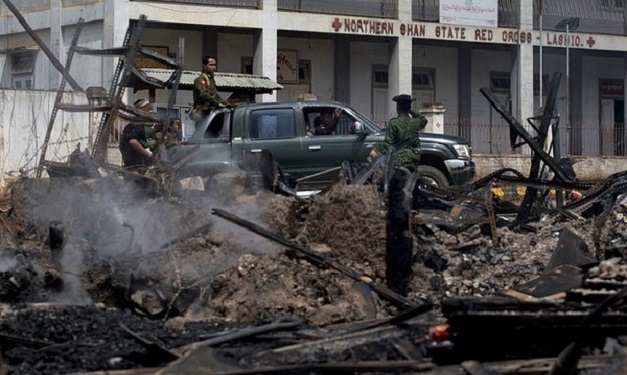 The army transported terrified Muslim families by the truckload out of a neighborhood in Lashio where overturned cars and motorcycles that had been charred a day earlier left black scars on the red earth — the sectarian crisis clearly a grave one.

“We heard things could get worse, so we waved down soldiers and asked them for help,” said 59-year-old Khin Than, who arrived at the monastery Thursday morning with her four children and sacks of luggage along with several hundred other Muslims. “We left because we’re afraid of being attacked.”

The violence in Lashio this week highlights how anti-Muslim unrest has slowly spread across Myanmar since starting last year in western Rakhine state and hitting the central city of Meikhtila in March. President Thein Sein’s government, which inherited power from the military two years ago, has been heavily criticized for failing to contain the violence.

In Lashio on Thursday, Buddhist monks organized meals for the newly arrived refugees, who huddled together in several buildings in the monastery compound. 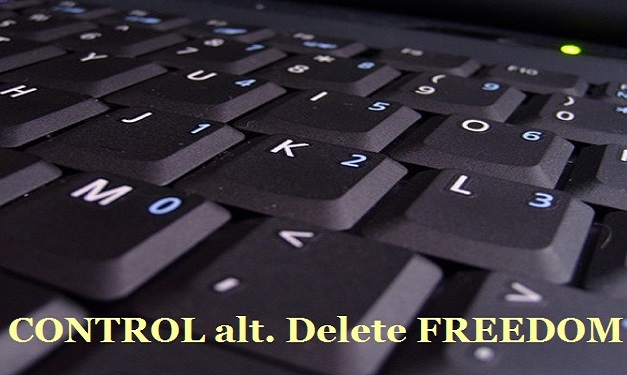 Remember reading that England had arrested a guy for anti-Muslim Twitter postings in the aftermath of the Woolwich slaughter? And remember thinking, “Well, this is America, that can’t happen here”?

Oh yes it can.

US Attorney Bill Killian, Obama’s Attorney for the Eastern district of Tennessee wants you to know that if you say something untoward (negative) about Muslims, the Federal government may imprison you.

Killian and Moore will provide input on how civil rights can be violated by those who post inflammatory documents targeted at Muslims on social media. “This is an educational effort with civil rights laws as they play into freedom of religion and exercising freedom of religion,” Killian told The News Monday. “This is also to inform the public what federal laws are in effect and what the consequences are.” … Killian said Internet postings that violate civil rights are subject to federal jurisdiction.

The posting he offers as a “for instance” is an egregious one. And yet this country has long protected, absolutely, egregious speech, such as hardcore pornography, for a simple reason: Either you are at liberty to say what you will or you are not. If you are constantly double-thinking every word you might say, for fear of being prosecuted, you are self-censoring, in anticipation of a possible prosecution by the government.

Rather than having a system in which people were constantly worried about imprisonment for speech, our country has evolved a simple bright-line code: Speech of all kinds, with a few exceptions that can be counted on three fingers, is absolutely protected.

Remember, the importance of this bright-line, no-exceptions rule of free speech was preached to us, even when some of us might not have liked it so much, as when hardcore pornography was afforded absolute protection under the First Amendment. In the case of hardcore pornography, it was argued — successfully — that having each artist weigh the possibility of an obscenity prosecution was too much of a burden on his free speech rights, and would have, unavoidably, a chilling effect on speech. Members of the Free Syrian Army reportedly attacked the Christian-dominated al-Duvair village in Reef on the outskirts of Homs on Monday, where they massacred its citizens, including women and children, before the Syrian Army interfered.

This reported attack comes shortly after intense fighting in the city of al-Qusseir over the weekend, in which Bashar Al-Assad’s forces inflicted heavy casualties on the rebels.

Assad’s forces launched an offensive in April in an effort to cut off supply lines to the rebels by taking the city and its surrounding areas from the rebel groups that had been entrenched there since last year. Two weeks ago, the Syrian forces reached the center of the city

While the sources describing Monday’s massacre are supportive of Assad, it’s possible that it occurred since the rebel groups fighting the Assad regime are composed mainly of members of al-Qaeda and al-Qaeda affiliated groups and have committed war crimes and atrocities in the past.

Jabhat al-Nusra, the branch of al-Qaeda that fought and killed American and allied troops in Iraq, have positioned themselves in Syria and control the rebel movement.

Read more…
First Previous of 2 Next