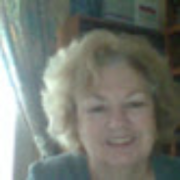 OK.   Color me stupid.   Having been lavishly praised for my efforts to keep people informed on their Convoy to restore their CONSTITUTION, I went to a great deal of trouble to remove all of my somehow offensive comments.  I was told that I was spamming and that spamming was in fact posting comments that were not relevant to the topic of the thread.  So, I believe they are all gone at this time.

Now, when I was more active on TP, the threads raised conversation that often went into the thousands of comments.

I know what it takes to put together one of those TOPICS as I often was woken with an idea for one and spent at least a couple hours putting it on.   Anyone going to that much trouble deserves great credit and so it is with the 2 or 3 people currently posting them.

How disappointing it must be to post them repeatedly and get no responses.  Nothing, zip, zero, zilch.   Not even a disagreement.

Just for curiosity, I took a look at ten pages of those TOPICS and how disappointed was that over half of them got not even a single comment.  I did not count the number of topics, but there must be at least 6 to a page.   PAGE AFTER PAGE AFTER PAGE AND NOT A SINGLE COMMENT.  And Ilona should be awarded a SUPERHERO status as she was the only person to comment on at least 15, maybe 20 more of them.

The question is why?   Most of those TOPICS are HOT TOPICS imho.   All of them seemingly of great interest to most everybody.   SO, WHERE IS THE DISCONNECT?

WHY DOES NO ONE CARE ENOUGH TO EVEN MAKE A SIMPLE YEA OR NAY?

To me, it seems almost discourteous to waste the writer's time and effort in reading the item and in effect throwing it in the waste basket.

IS THIS JUST WHAT HAS BECOME OF OUR COUNTRY?   PEOPLE SEE PROBLEMS, SERIOUS PROBLEMS and just say, oh well somebody else better fix it.

No wonder Tea Party has lost a lot of its relevance.  A few short years ago, it carried some weight.   It was respected even by those that didn't agree with it.   The people who were the LEADERS were often called upon to speak to the public about the movement.

Has movement ceased to move?

With all due respect.   It seems to me that CHANGE is overdue.  Where the change should be is the only open question.   SAME GOES FOR OUR WHOLE COUNTRY.

From the Deplorables Site

"He shouldn't be banking on that happening.
Not without 5000 mules
Not without owning the Dominion Voting Machines
And, if he did get that lucky, I'd bet on the Texan voters to walk him around to the back of  the building for a long 'talk'."

"25 May.   Looking for the positive.   So far, there have been 3 new entities to arise from the ashes of the People's Convoy.
Brian's Townhalls
Santa's 1776 Restoration Movement
Grey Wolf's  US Liberty Alliance
And, there were 2 other convoy groups…"

"Families and friends of the deceased children and teachers were in that room waiting on every word spoken
Politics had no place there today.   What an inconsiderate, unfeeling pos human being to have made such a display.
Hopefully, everyone will…"

"The 2 major suppleirs of gas for the US were directed to cut their production by 1/3,   That's Flying J and Pilot and the diretction to them was that it was to FORCE PEOPLE INTO ELECTRIC VEHICLES.
i DO NOT GET PUSHED OR FORCED.   It's historically…"

"Everybody knows it and it's a wide open secret."

"HOW DO YOU SPELL THAT PUCKERY SOUND MADE TO CALL THE DOG?"

"Wonder what the politicians' take was on the $58 Billion.   I am guessing that IF $8 billion made it to hte Ukraine, it was a lot.   Gotta keep the pockets of the BIG GUYS FILLED TO OVERFLOWING."

"Concern,
You have to admit she just scored some big points there.   She beats the Rope A Dopes hands down.
They could only compete in 2 events.   The Arse Kiss Off and the face off with the demented one.   Which one remembers most inaccurately. …"

"Word Wrestling.   Sweetie, first it would seem necessary to pass 2nd grade spelling and definitions.
There are huge problems in that there is mass confusion on the words to and too.   There and their and they're.   That's just the tip of a massive…"

"If you happen to live in an organized developmennt, you give up the right to choose your cable service.   You don't even get the right to do without it.   Your buying in the development  is sufficient agreement to bind you to their decisions. …"

"You have proven how far out of my element this is.   Won't comment further.   You do have to admit that they don't look like much."

"The indoctrination camps go pretty high apparently.    No wonder they send a $600 funding document to buy a $25 item.   No wonder We're $30 TRILLION IN THE HOLE AND STILL DIGGING."

"Process of elimination takes out Schmopes and the schmuck.  Wouldn't bet a half empty diet coke on the two of them together or separately.
The not so hardy boys night be too much of a hadicap to Ilona.   She'd be better by herself.  Those 2 males…"
More…
Loading ...