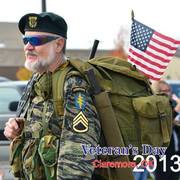 CHRISTIANS THE MOST PERSECUTED DESPITE LIBERAL LIES TO THE OPPOSITE

POLITICAL CORRECTNESS IS AN ABOMINATION BEFORE GOD

POLITICAL CORRECTNESS IS AN ABOMINATION BEFORE GOD

GOD'S STANDARD IS TRUTH NOT "FEELING GOOD" ABOUT A SITUATION

AMERICA MUST RETURN TO GOD OR FACE DESTRUCTION

The problems in America ARE NOT a problem of "racism".  This nation is composed of only one race, the HUMAN race.  For years democrats have used ethnicity to keep

PRAISE THE LORD AND PASS THE AMMUNITION

PRAISE THE LORD AND PASS THE AMMUNITION

2ND REVOLUTIONARY WAR MAY BE ON THE HORIZON

Democrats are already saying they won't accept a victory by President Trump in November, that they will continue to declare that th

TURN TO GOD AS OUR FOUNDERS DID

The answer to the problems our nation faces can be solved by turning our focus and our hearts back to the Master who created this masterpiece of liberty and prosperity, Almighty God, the Creator

OPEN LETTER TO PRESIDENT TRUMPCONCERNS ABOUT MANDATORY VACCINATION AND CHIP IMPLANTATION President Trump,I have read reports that you have come out praising the globalist, self absorbed billionaire bill gates for his proposal to make coronavirus vacc

Read more…
Started by Bob Russell
First Previous of 2 Next