FOR MORE INFO ON CONFERENCE AND/OR TO REGISTER CLICK HERE!

Governor Rick Scott is reviewing H.B. 7117, a bill that gives $100 million in tax incentives for renewable energy, which was passed during the 2012 session. He has until April 14th to decide whether this bill should become law or be vetoe 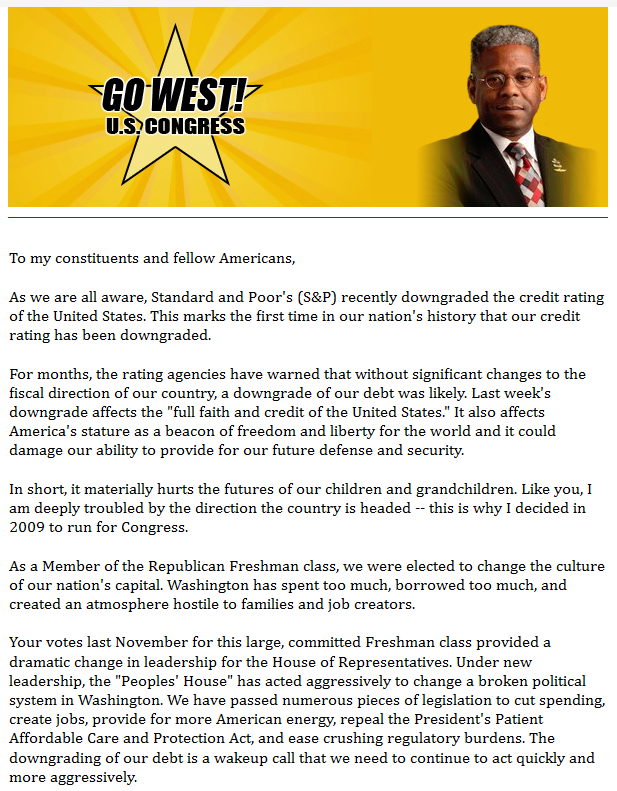 Restore Prayer in the Public Square! LINK TO HOUSE
LINK TO SENATE

2) CALL THE FOLLOWING SENATORS
(EMAILS WILL NOT LIKELY BE READ BUT IF YOU BUT IF YOU DO, MAKE THE SUBJECT LINE SOMETHING LIKE "PRO-E-VERIFY"; FAXES ARE GREAT; * = MOST IMPORTANT):

At first the governor was down at 39%. (The libs were all over this.)

Take a few seconds... no information is c

For the second Townhall in a row, Nezar Hamze

explanations of the Muslim religion.

And for the second time Allen OWNED him.

Read more…
Started by Barry 'Bigbare' Carson
of 3 Next