One RINO must go now! 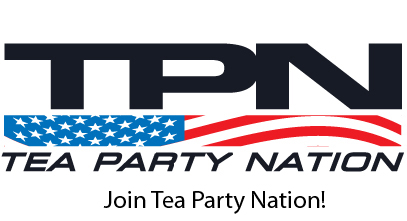 We have already seen the season on RINO’s open up.  Georgia RINO Saxby Chambliss saw the handwriting on the wall and he quickly borrowed John Boehner’s freshly laundered white flag of surrender and ducked out of his 2014 race.

There is another RINO who must be opposed and must be defeated in 2014.

Who is this RINO?

It is liberal Lamar Alexander.

Lamar Alexander may be the single worst Republican Senator sitting today.  No wait, there is John McCain and Lindsay Graham.  There are some worse than liberal Lamar.  There just aren’t many.

Alexander is up for reelection in 2014.  He appears to be coasting towards another six year, no cut contract.

Conservatives need to change that.

Liberal Lamar has been one of the most powerful politicians in Tennessee since the 1970’s.  He was elected governor in 1978 and was rushed into office early since the corrupt Democrat governor who was leaving office was selling pardons.

He ran for President twice as a moderate then when Fred Thompson decided to leave the Senate, Alexander ran and won.

Unfortunately all of the Republican Establishment in Tennessee has already lined up behind him.  What liberal Lamar does not realize is there are a lot of average everyday Tennesseans who are done with him.

Yesterday he voted for cloture to allow the gun control bill to come to the floor of the Senate.

Alexander posted on his campaign Facebook page that he was opposing the Manchin-Toomey gun control bill.  Tennesseans were not buying that.  Every response to his comment was an angry one.  No one believes what liberal Lamar is selling.

On his official Senate Facebook page, his staff took to the page claiming the vote for cloture was only to allow debate.  People aren’t buying that one either.

The problem patriots have in Tennessee is that Alexander is well financed.  If there is going to be candidate to run against liberal Lamar, he is going to have to be a candidate with a lot of resources who can fund at least part of the campaign.  Being already well known won’t hurt either.

Liberal Lamar is one of the biggest RINO’s up for election in 2014.  He is a consistent vote for selling out to the Democrats.  He must be defeated.

Tennessee is a great state with a long and noble history.

America deserves better than Lamar Alexander and Tennessee can do this.

If you want to see something interesting, you can see liberal Lamar’s office Senate Facebook Page here, and his campaign page here.