The state flag of Virginia has a deep blue field with a circle of white in the center on both sides of the flag. In this white circle Virginia's coat of arms is painted or embroidered, as described by the convention of 1776.

Some states have made changes to election dates and procedures in response to the coronavirus pandemic. For the latest, visit: Changes to election dates, procedures, and administration in response to the coronavirus (COVID-19) pandemic, 2020.
Virginia: Virginia Governor Ralph Northam (D) postponed the statewide primary, originally scheduled for June 9, 2020, to June 23, 2020. The witness requirement for absentee voting in the June 23, 2020, primary was suspended. The Virginia Department of Elections announced that all voters would be permitted to cast absentee ballots in municipal elections scheduled for May 2020.
Polling places: Polling locations are subject to change. Click here to access the state's official polling site locator. For more information, contact your state election officials.
Virginia election dates, 2020

Statewide election dates in Virginia are listed below. For more dates, please see the elections calendar.

Below is a list of 2020 Virginia elections covered by Ballotpedia. Follow the links to learn more about each type.

of 7 Next
This reply was deleted.
E-mail me when people leave their comments –
Follow 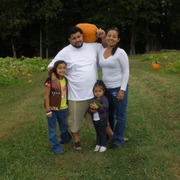 Captial Building is now a Mosque

We are going to hold a TEA PARTY meeting in Smithfield tonight (10/18/10) at 6PM at the Thunderbird Grill. For directions visit www.ThunderbirdGrill.comWe don't know what we're doing, but we gotta do something! Sorry about the short notice, but we just decided to do it over the weekend.FREE TEA FOR PATRIOTS!!!!Any suggestions?Thanks!D.R.