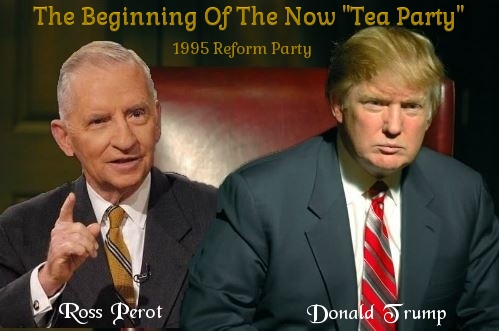 Back in the 1990's the republican party had no idea the democrats had turned to communism because it was so well covered up. You know, "The More People You Can Bull Shit The More Votes You Can Get". Even to this day with the communist values the democrats are ALL campaigning on B.S.and the shit still fly's by way of the democrats lying to everyone to no end about the Republicans while they spin their communism to be "Democracy".

Ross Perot created the "Reform Party" in 1995 to fight the exact same government establishment and corruption we are fighting now and pulled staff and some supporters from both sides of the isle. Ross Perot was an "Independent" voter up until his 1995 "Reform Party" years but now from 2000 to present he calls himself a (Click Pic Above Or Link Below To Read The Full Article)