Minnesota's flag is royal blue with the state seal displayed in the center.

The nineteen stars arranged outside the wreath symbolize the fact that Minnesota was the 19th state to enter the Union. The largest star represents the North Star and Minnesota.

The state motto on the seal is French, "L’étoile du Nord" meaning "the star of the North" (the basis for Minnesota's nickname as "The North Star State").

Below is a list of 2020 Minnesota elections covered by Ballotpedia. Follow the links to learn more about each type.

of 3 Next
This reply was deleted.
E-mail me when people leave their comments –
Follow 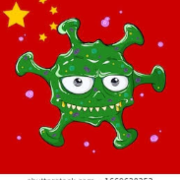 Looking for people that want to Re-Open Minnesota.

this is such a bunch of crap...now they are protecting illegals from the law... I am going to get a protest going at the state capital about this...this is soooooo wrong and I as an american am not going to take this....they are punishing americans and giving our tax dollars to the illegals and our jobs and now they are giving them rights that they shouldnt have in our own country...and what about the americans over sea's fighting in iraq and afgan what are they going to do for jobs when they…

http://en.wikipedia.org/wiki/Keith_Ellison_(politician)Shariah Law was placed in the Obama care bill by him stating Muslims do not have to pay this tax because health insurance is considered gambling therefor Muslims are exempt from payingKeith Maurice Ellison (born August 4, 1963) is the U.S. Representative for Minnesota's 5th congressional district, serving since 2007. He is a member of the Democratic-Farmer-Labor Party. The district centers on Minneapolis.He became the first Muslim[1][2] to…