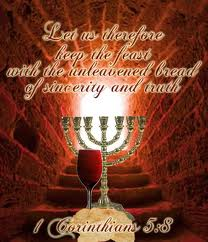 A year of the open DOOR, as we “crossover” to possess “our” inheritance as God’s covenant people based on the everlasting covenant God established with Abraham—the Father of many nations which was ratified by the precious blood of our perfect Passover Lamb—Jesus Christ!

"When the hour had come, He sat down, and the twelve apostles with Him. Then He said to them, “With fervent desire I have desired to eat this Passover with you before I suffer;  for I say to you, I will no longer eat of it until it is fulfilled in the kingdom of God.”
~ Luke 22:14-16 (NKJV)

Then He took the cup, and gave thanks, and said, “Take this and divide it among yourselves;  for I say to you,  I will not drink of the fruit of the vine until the kingdom of God comes.”
~ Luke 22:17-18 (NKJV)

I will not be sending out an Action/Prayer/FYI alert for next week as I will be traveling to celebrate Passover.  In addition, at this time I am releasing a relevant and timely teaching as led by the Holy Spirit, to help God’s people understand the signs of the times and the end of this age that God’s Word tells us to watch for ahead of time so we will be ready spiritually, mentally and physically for whatever may come in the season ahead. This teaching also includes some of the signs Jesus told us to watch for beforehand concerning the projected time frame of the rapture and His return, which does indeed include signs in the sun, the moon, and the stars. Please do NOT think I am saying the day or the hour of His return because NO ONE knows this except our heavenly Father! However, based on all the signs Jesus told us to watch for ahead of time we can and must know the times and seasons we are entering into.

This teaching titled “Signs In The Heavens—Is  God Trying To Tell Us Great And Mighty Things We Do Not Know In Order To Prepare His People For The Season Ahead?” is under the 2014 Prophetic Word on my website and can be accessed at the link below.

Then simply scroll down with the arrow key on your computer on the right hand side of the screen and you will see the weekly Action/Prayer/FYI alerts by date.

What you need to know about Common Core!

Sign the ACLJ Petition to Keep Dictators from Controlling the Internet

Calling all Pastors and Ministry Leaders to participate in Conference Call: Washington - A Man of Prayer Event on Thursday, April 10th

Are You Willing to Go to Jail for Praying? This is something for all of us to think about and decide on now!

Barna Update-Americans Divided on the Importance of Church

Victory for Religious Liberty: Christian Employers Can Use Religious Criteria In Hiring

"Parallels of the Fall of Rome and America Today."

Concerning the coming 4 Blood Moons occurring during God’s Feast Days in 2014-2015—Is God trying to prepare His people for the days ahead?

ACTION/PRAYER/FYI ITEMS FOR THE STATE OF FLORIDA

Urgent Action Alert- Help us protect our property rights in Florida concerning septic tanks. Bill SB-1576 if passed, will cause homeowners to have to spend large amounts of money to upgrade their system or connect to a sewer system even if their system is working properly.

Update on the Springs Protection Act

Urge your Florida Senators to support SB296: legislation to carry a concealed weapon or a concealed firearm when complying with a mandatory evacuation order during a declared state of emergency

Together we CAN make a difference for His Kingdom and America! Thanks and God Bless!

Our Constitution was made only for a moral and religious people.  It is wholly inadequate to the government of any other.” ~ John Adams