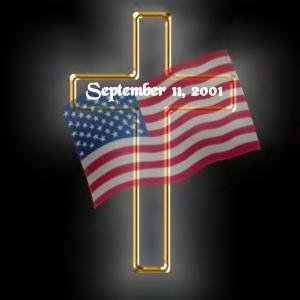 “Thus you shall say to the house of Jacob, and tell the children of Israel: ‘You have seen what I did to the Egyptians, and how I bore you on eagles’ wings and brought you to Myself. Now therefore, IF YOU will indeed obey My voice and keep My covenant, then YOU shall be a special treasure to Me above all people; for all the earth is Mine.
And YOU shall be to Me a kingdom of priests and a holy nation.’ These are the words which you shall speak to the children of Israel.”
~ Exodus 19:3-6 (NKJV)

“But YOU are a chosen generation, a royal priesthood, a holy nation, His own special people, that YOU may proclaim the praises of Him who called you out of darkness into His marvelous light; who once were not a people but are now the people of God, who had not obtained mercy but now have obtained mercy.”
~ 1 Peter 2:9-11 (NKJV)

“Thus the children of Israel did NOT remember the Lord their God, who had delivered them from the hands of all their enemies on every side…”
~ Judges 8:34 (NKJV)

Today as we commemorate the 12th anniversary of 9-11, may we take a moment of silence and pray for the families who lost their loved ones both in the attacks and in the heroic efforts to save innocent lives on that tragic day, twelve (12) years ago, when terror gripped the minds and hearts of the people in America.

We said we would always remember that tragic day, September 11th, when our way of life was forever changed. And, for a short while, we united as fellow Americans and God was once again sought after with a renewed passion.

Now twelve (12) years later, the very existence of our beloved nation is on the verge of extinction and we are surrounded by our enemies on all sides. But more importantly, countless souls of His people and the lost are at stake of eternal damnation because we refuse to repent and turn from our wicked ways! Why?  Because God’s people are still forsaking and rebelling against God, our Creator, who is the One that gave us certain unalienable rights to life, liberty, and the pursuit of happiness in the first place!

While we may still remember 9-11, we have forgotten about God, our Creator, which is evidenced by the spiritual, moral, and ethical decay in our nation. And, until we sincerely REPENT and turn from our wicked ways, back to Yahweh, our Creator and heavenly Father and His Son, Jesus Christ, by living according to His Word, things will continue to get progressively worse for America, just like it did for ancient Israel!

Just like our ancestors, the children of Israel, we did forget what led up to that fateful day on 9-11 and went back to pursuing our own agendas. Once again we have forsaken and rebelled against God, our Creator and His Son Jesus Christ!

Again, the root cause of everything we are facing as a nation is the direct result of us forsaking and rebelling against God, our Creator and His Son Jesus Christ by not living according to His commandments found in His Word! As, such are breaking God’s everlasting covenant He established with Abraham, Isaac, and Jacob (Israel)! And, when we break God’s covenant He is under no obligation to protect and provide for us and we have no right to claim the promises thereof.

We are quick to blame our leaders in government for the condition of our nation, but the truth is the character of our leaders and the choices they are making are a direct reflection of the state of spiritual darkness inhabiting the hearts of God’s people.

We have no one to blame but ourselves as we witness the consequences of our moral, ethical, and the spiritual decay because of our self-serving prideful propensity to do what is right in our own estimation. We arrogantly proclaim we are “One Nation under God” and erroneously believe God will still bless America. The question which must be answered is, “America, how are we blessing God?”

What is about to unfold will make 9-11 look like Boy Scout activity on our current path if we do not stop sinning and REPENT by returning  back to our first love—Jesus Christ and our heavenly Father,Yahweh, our Creator.

Moreover, we are told what the definition of sin is in 1 John 3:4 (KJV) which says, “Whosoever committeth sin transgresseth also the law for sin is the transgression of the law."

America's problem is the sin in the lives of God's people which we tolerate and embrace in His Church! And, then we wonder why we are witnessing the ethical, moral, and spiritual decay in our society?

As a matter of fact, following is an excerpt from Perry Stone’s article he just released in this month’s Voice of Evangelism Magazine titled “You Need to Quit Lying to Yourself!”

Christians often talk about a Great Awakening. But before there can be a Great Awakening, there must be a rude awakening! America has been over-preached, and most messages from pulpits are making little impact on the culture. When ancient Israel came to their crossroads, God did three things to wake them up:

I hate to say it, but Christians have put themselves in a self-inflicted predicament by permitting what previous generations not only avoided, but considered a sin.

The enemy cannot take away what the church is willing to give away. He often wins by default. Some Christians are now questioning if an alternative lifestyle is okay; if drinking alcohol is justified; and if abortion is permissible up to a certain time. Some are even questioning the deity of Christ. Men are preaching a comfortable, feel-good, social gospel and making Christ an opinion.

Christ is not an option. He is the only Savior and Redeemer. Without Him, Christianity is a social club. It is time to resist the devil and submit our will to God's will. Quit lying to yourself and discover the life instructions that are contained in the Bible, before you experience an inherited self-made disaster. You need to get a "the devil can't have me back" attitude, and endure persecution and temptation for the gospel's sake!

I couldn’t agree more with what Perry Stone said in his article! We need to stop lying to ourselves and playing the blame game.  God’s people must take an honest inventory of our lives and accept personal responsibility for allowing the spiritual, ethical, and moral decay in our nation now! God’s people are the problem because we allow sin in our lives and in His church! And, until we accept the truth concerning this matter, our nation will continue on its downward spiral until God allows a cataclysmic chain of events to happen which will bring His church to her knees!

Together  we CAN make a difference for His Kingdom  and America! Blessings until we meet again.

Founder of Angel of Love and Light Ministries
http://www.angeloffaith777.com