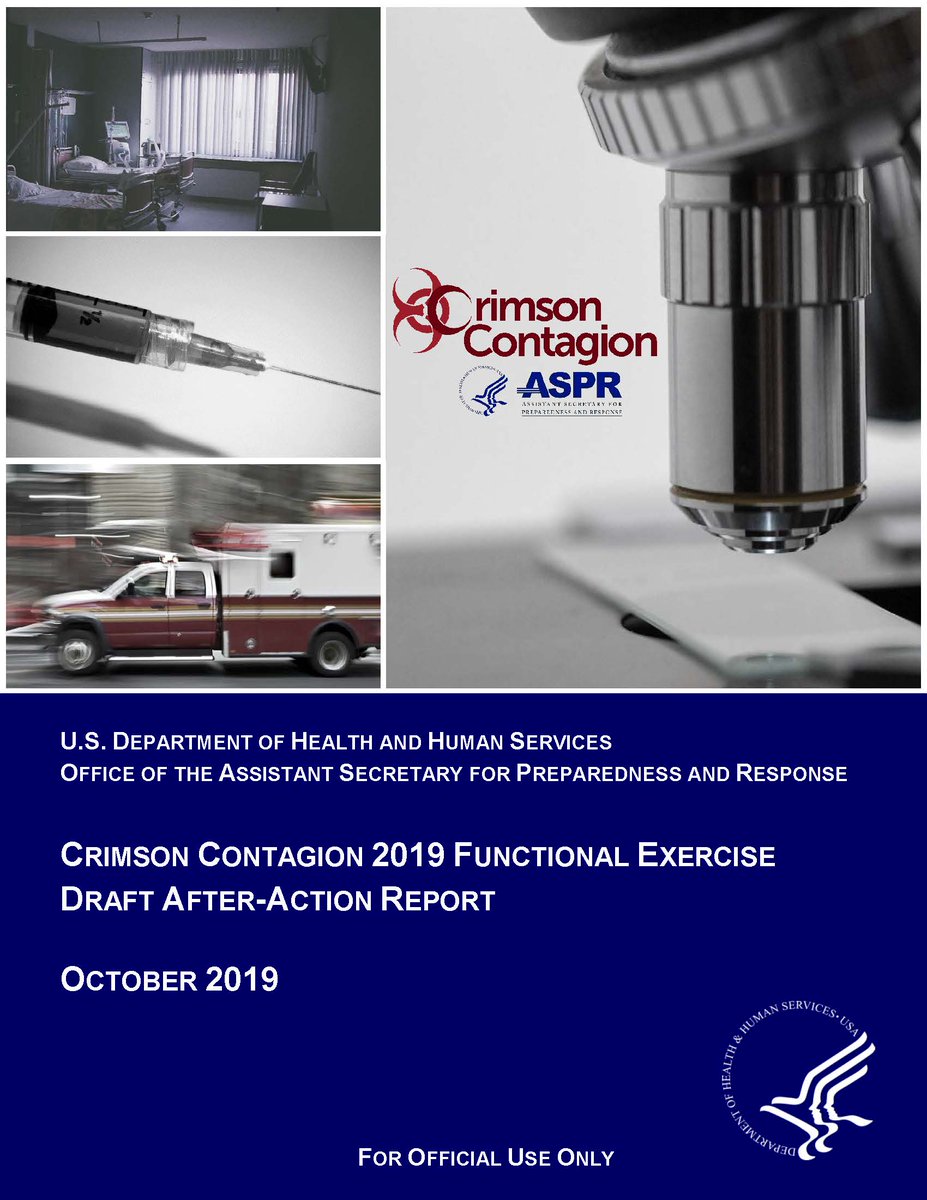 The Trump administration simulated the ability of the United States to handle a flulike pandemic months before the coronavirus turned the scenario into a reality.

The Health and Human Services Department led the exercise, known as the "Crimson Contagion," last year in conjunction with dozens of states and federal agencies, according to the New York Times. HHS also invited charitable groups, insurance companies, and major hospitals to take part in the effort.

Former Air Force physician Robert Kadlec, who has studied biodefense issues for decades, led the exercise, which imagined a contagious disease that originated in China and spread globally after nearly three dozen tourists were infected and returned home. The hypothetical outbreak spread quickly through the U.S. after an infected person attended a concert packed with thousands of others.

The exercise, which took place from January to August of last year, highlighted some of the problems that the federal government is struggling to handle now, such as insufficient hospital space and medical supplies, as well as confusion between federal agencies and between states and the federal government.

Trump has defended the federal government’s response to the coronavirus pandemic, saying on Thursday that his administration has handled the crisis well considering “nobody knew there would be a pandemic or epidemic of this proportion. Nobody has ever seen anything like this before.”