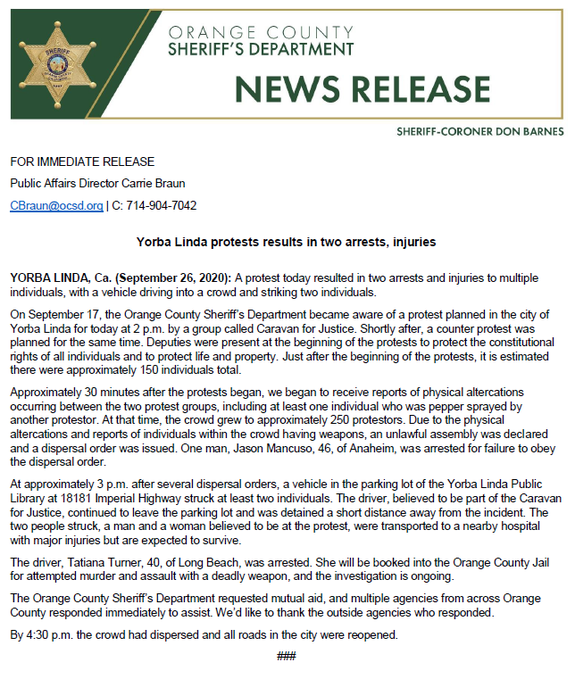 WATCH: A car ripped through a crowd of Trump supporters at a BLM counterprotest in Yorba Linda. It was clearly deliberate and the driver did not stop even as the Trump crowd gathered to tend to the wounded. Trump supporters did NOT attack the driver. pic.twitter.com/f9nu6L0WBu

Someone ran their car through a crowd of Trump supporters. OC Sheriffs took the person into custody. Ambulances were dispatched, but I don't have information on injuries pic.twitter.com/EAWBSXS8R1

More gratitude shown to law enforcement as they march away. pic.twitter.com/beLfsDbuFj