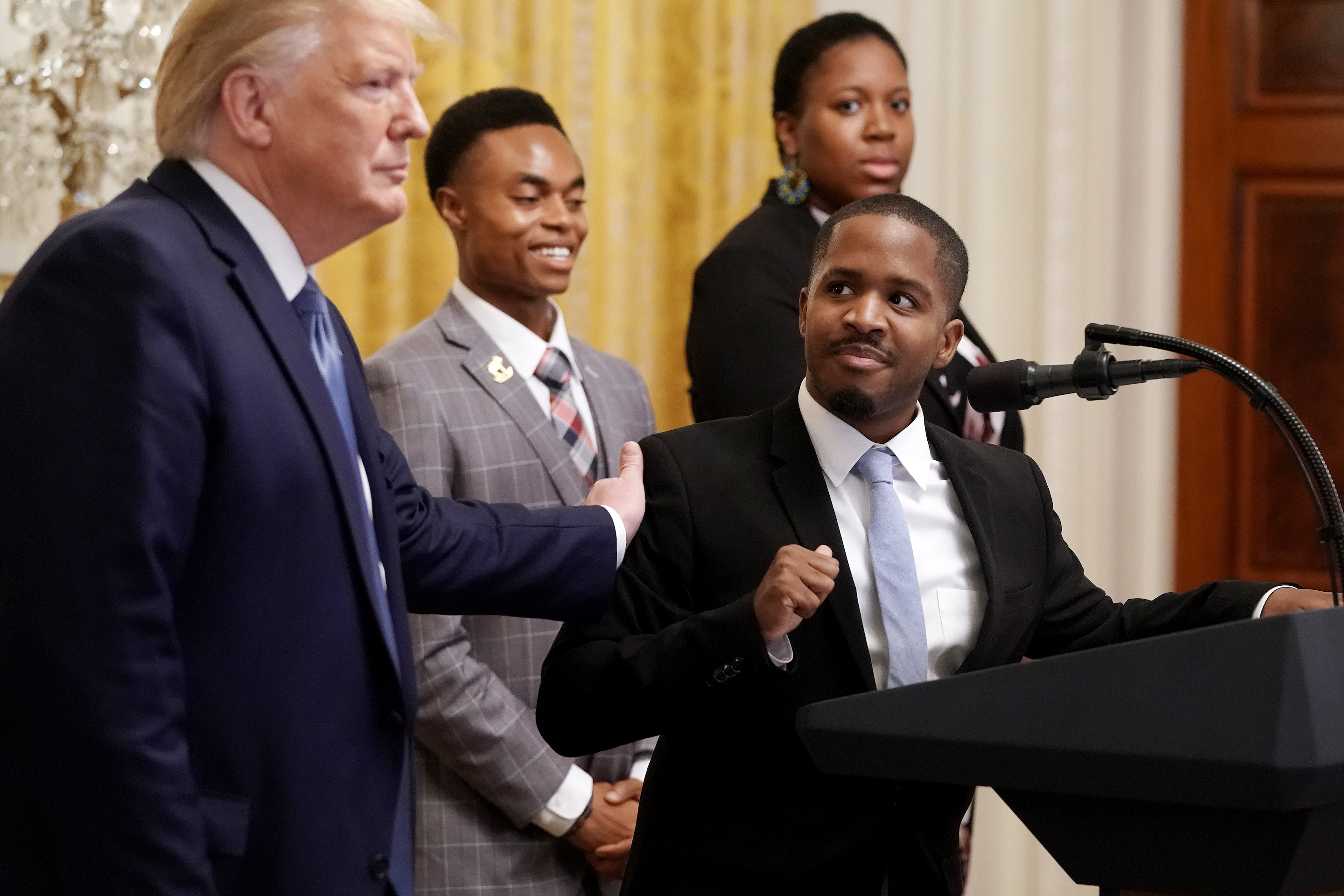 The data collected from April 2-May 13 by the Democracy Fund + UCLA Nationscape project, an initiative that conducted weekly surveys of thousands of potential voters for nearly a year, found that 29% of percent of black voters ages 30-44 and 21% ages 18-29 have a "very favorable" or "somewhat favorable" view of President Trump. This compares to just 14% of black voters 45-64 and 9% of those 65 and older.

"Trump symbolizes a much broader understanding than just his personality, what he represents," veteran black empowerment activist Bob Woodson told Just the News. "I think that our younger people are realizing how they have been taken for granted by the Democratic Party and Democratic philosophy, and therefore are really open to alternatives."

Woodson cited as evidence of this new trend the 2018 Florida gubernatorial race, where white Republican Ron DeSantis won by only 32,000 votes over the black Democrat in the race, Andrew Gillum.

"And that's because 100,000 low-income blacks voted for DeSantis, even though Gillum had Obama and Oprah campaigning for him," Woodson said. "And that is because of DeSantis' position on choice in education and charter schools. So I think you're seeing a more independent strain through younger blacks who are able to look beyond the ideology and the personality and make decisions more on objective reasons to vote for people."