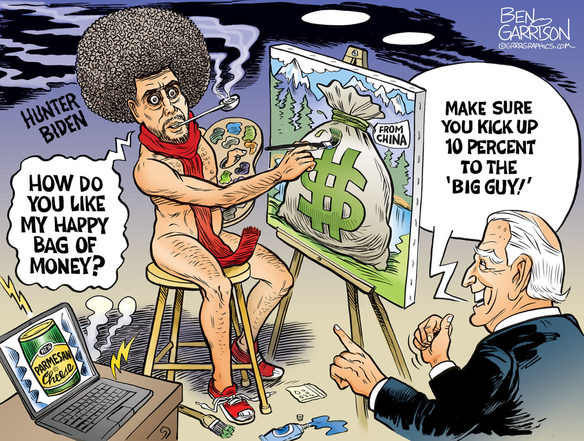 The White House flagged money laundering in the art industry on Monday as a point of corruption while allowing Hunter Biden to sell his artwork to anonymous buyers for as much as $500,000.

The first report of its kind named the United States Strategy on Countering Corruption is geared towards exploring the ways and means “government officials abuse public power for private gain.”

Though the White House’s report specifically focused on the art industry as a “market” where financial crimes occur, it did not mention the Biden family’s involvement with corruption, such as Hunter’s art selling scheme to investors while his father is president.

Hunter has reportedly sold multiple pieces of art for at least $75,000 this fall to anonymous buyers, and the New York Times reported first lady Jill Biden has allegedly displayed Hunter’s artwork in the White House.

The White House has defended Hunter’s scheme as consistent with “the highest ethical standards.