We’ve been talking a lot about the stock market today because of what redditors at the subreddit Wall Street Bets did to take on hedge funds in something of a popular revolution.

Jen Psaki gave a pathetic response, saying that Janet Yellen would be “monitoring” it and there were moves made to try to crush the redditors and the subreddit behind it.

So I ask Psaki and the people trying to crush the ordinary people behind these actions, what will they do in response to this story about what House Speaker Nancy Pelosi (D-CA) just did? 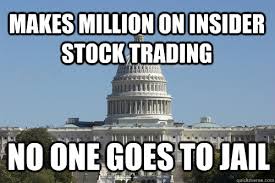 So here’s where that’s a problem. Remember what a stink Democrats raised over the alleged insider trading of Sen. Kelly Loeffler (R-GA) and Sen. David Perdue (R-GA)?

“The federal government also owns an enormous fleet of vehicles, which we’re going to replace with clean, electric vehicles made right here in America by American workers, creating millions of jobs — a million autoworker jobs in clean energy — and vehicles that are net-zero emissions,” Biden said during a speech announcing the initiative.

Shares of electric-vehicle makers Workhorse and Lordstown were up as much as 10 percent in early pre-market trading Tuesday, Tesla was also higher.

So what did Pelosi know and when did she know it?