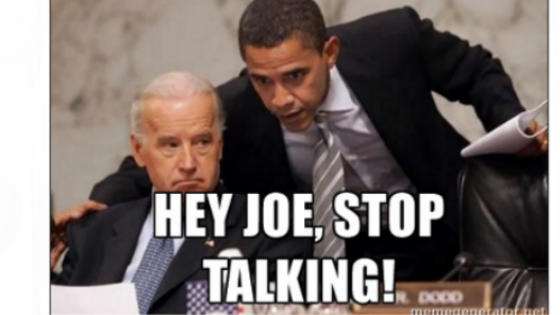 According to The Federalist’s Mollie Hemingway, reporting on newly released documents, it appears the prosecution of Flynn was part of an effort to cover up the collusion investigation into Trump’s 2016 campaign. Hemingway zeroed in on a meeting involving key intelligence officials, then-President Barack Obama and then-Vice President Joe Biden on January 5, 2017. During this meeting, intelligence officials debated whether or not to brief Trump’s team about the Trump-Russia investigation.

Biden’s presence at the meeting raised serious concerns about what the vice president knew about Flynn’s prosecution. As Stephanopoulos noted, Sen. Chuck Grassley (R-Iowa) took to the Senate floor asking, “What did Obama and Biden know and when did they know it?”

So on Tuesday, Stephanopoulos asked Biden, “What did you know about those moves to investigate Michael Flynn?”

“I knew nothing about those moves to investigate Michael Flynn, number one. Number two, this is all about diversion,” the former vice president responded. Referring to Trump, Biden said, “This is a game this guy plays all the time… he should stop always trying to divert attention” from the real crisis.

Yet the ABC News anchor did not let Biden off the hook that easy.