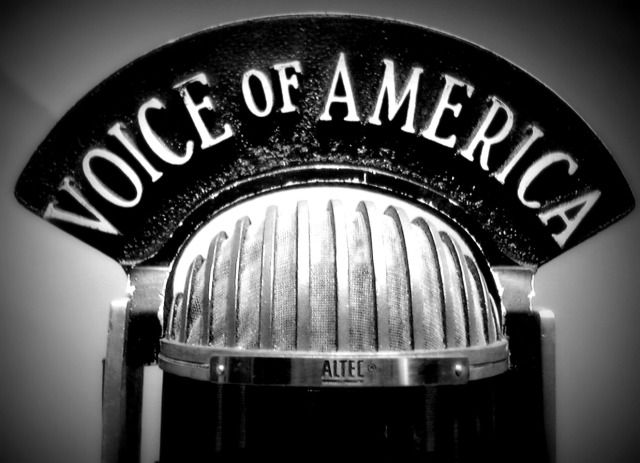 Dozens of foreign nationals working as journalists in the U.S. for Voice of America, the federal government's international broadcaster, will not have their visas extended once they expire, according to three people with knowledge of the decision.

Those people — each with current or past ties to the agency — said the new CEO of the U.S. Agency for Global Media, Michael Pack, signaled he will not approve the visa extensions.

"That is horrible," Matt Armstrong, a former member of the governing board over the agency, told NPR. "Many are likely to face repercussions, some very severe." (That board, the Broadcasting Board of Governors, no longer exists.)

A spokesman for the agency did not respond to requests for comment.

Also Wednesday, according to several people with knowledge, Pack had former Radio Free Asia chief Bay Fang fired. Pack had demoted her earlier when firing the presidents of other broadcasters overseen by the agency. The sources asked not to be identified because of a fear of retaliation.

The foreign journalists affected by the visa decision are particularly valued for their language skills, which are crucial to VOA's mission as an international broadcaster covering news in many countries that do not have a free or robust press. One VOA journalist, who asked not to be named because of a fear of retaliation, said it could lead to the departure of more than 100 staffers in the foreign language services.