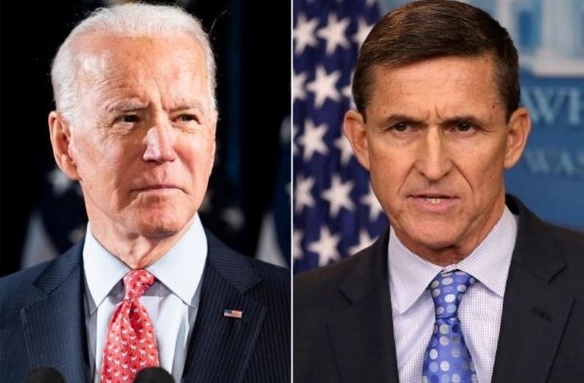 Move over, “Sleepy Joe.” President Trump’s campaign is increasingly painting the presumptive Democratic nominee as “Beijing Biden,” and “Crooked, Swampy Joe” may not be too far behind.

But Sleepy, Swampy, and Crooked are not a reprise of the seven dwarfs. Joe Biden has now accumulated a number of scandals, ranging from his son Hunter’s business dealings with China, a country on which the candidate himself is seen as soft, to the Tara Reade sexual assault allegations. The latest revelation is that as vice president, Biden was informed of the “unmasking” requests concerning then-incoming national security adviser Michael Flynn, something he had previously denied.

Trumpworld is packaging all these hits together into one cohesive case against Biden that is reminiscent of its successful 2016 campaign against Hillary Clinton. Its argument is that the Democratic standard-bearer is a longtime district insider and swamp creature running against Trump the disruptor.

“If you smell the stink of the D.C. swamp, it’s because it’s all over Joe Biden,” said Trump campaign communications director Tim Murtaugh. “His family has enriched itself thanks to his positions of power, he thinks he doesn’t have to play by the same rules as everyone else, and he’s up to his eyeballs in the plot to take down the Trump administration through the Russia collusion hoax. And every time someone asks him about it, he gets confused and loses his temper. The D.C. establishment got the candidate they wanted in Joe Biden, and so did China.”