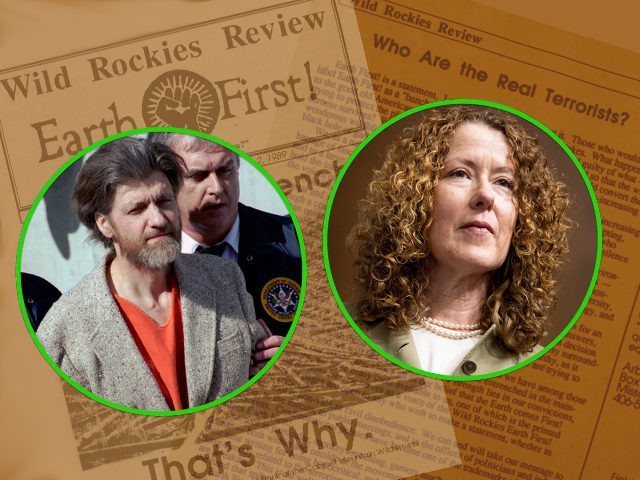 Ted Kaczynski, also known as the Unabomber, granted his first interview after his 1996 arrest to the former editor of Earth First!, the eponymous journal of the environmental extremist group to which President Joe Biden’s nominee to lead the Bureau of Land Management (BLM) once belonged.

Kaczynski, after his nearly 20-year-long bombing spree that killed three people and injured 23, was sentenced to eight consecutive life terms in prison before he invited Earth First! journal editor Theresa Kintz to conduct his first media interview in 1999. Kaczynski said Kintz was the “one journalist” he would “be prepared to trust.”

“As I mentioned earlier, I’ve given no media interviews in part because mainstream journalists have shown themselves to be completely unscrupulous and untrustworthy,” Kaczynski wrote to Kintz. “But you are one journalist whom I would be prepared to trust. Would you like to interview me for the Earth First! Journal?”

The backstory of Kintz’s interview with Kaczynski, as well as audio from the interview, was highlighted in a 2020 documentary series called Unabomber: In His Own Words.

Earth First! is a self-described “radical environmental movement,” though it operates as a group with a symbol, publication, and the motto “no compromise in defense of mother earth.” The FBI linked Earth First! to domestic terrorism because its members engaged in criminal activity in the 1980s and 1990s — such as tree spiking and property destruction — that the FBI identifies as ecoterrorism.

Tracy Stone-Manning, Biden’s nominee to head the BLM, was a member of Earth First! when she was a graduate student at the University of Montana in Missoula and was involved in a criminal tree spiking case during that same timeframe, about 30 years ago.