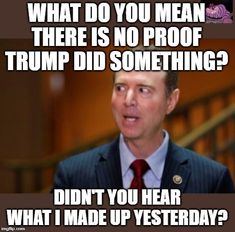 Twitter on Tuesday began “fact-checking” President Trump’s tweets but let elected representatives of the U.S. Congress claim that the president’s campaign colluded with Russia to win the 2016 elections for three years.

Jack Dorsey, the founder and CEO of Twitter, said Wednesday evening that the company’s intention is to “connect the dots of conflicting statements and show the information in dispute so people can judge for themselves.”

However, for three years — throughout 2017, 2018, and 2019 — Democrat members of Congress stated as fact on Twitter that they had evidence that Trump colluded with Russia, which fueled the leftist narrative that the election was illegitimate.

Their claims were “in dispute” by other members of Congress, as well as members of the Trump administration and the president, but Twitter never flagged them as such, as it did with Trump’s recent tweets.

In fact, Mueller’s report — released three days before — said that since collusion was not a legal term, his team looked for any conspiracy or coordination with Russia and did not find any.

It said, “The investigation did not establish that members of the Trump Campaign conspired or coordinated with the Russian government in its election interference activities.”

However, there was no Twitter “fact check” for Schiff.