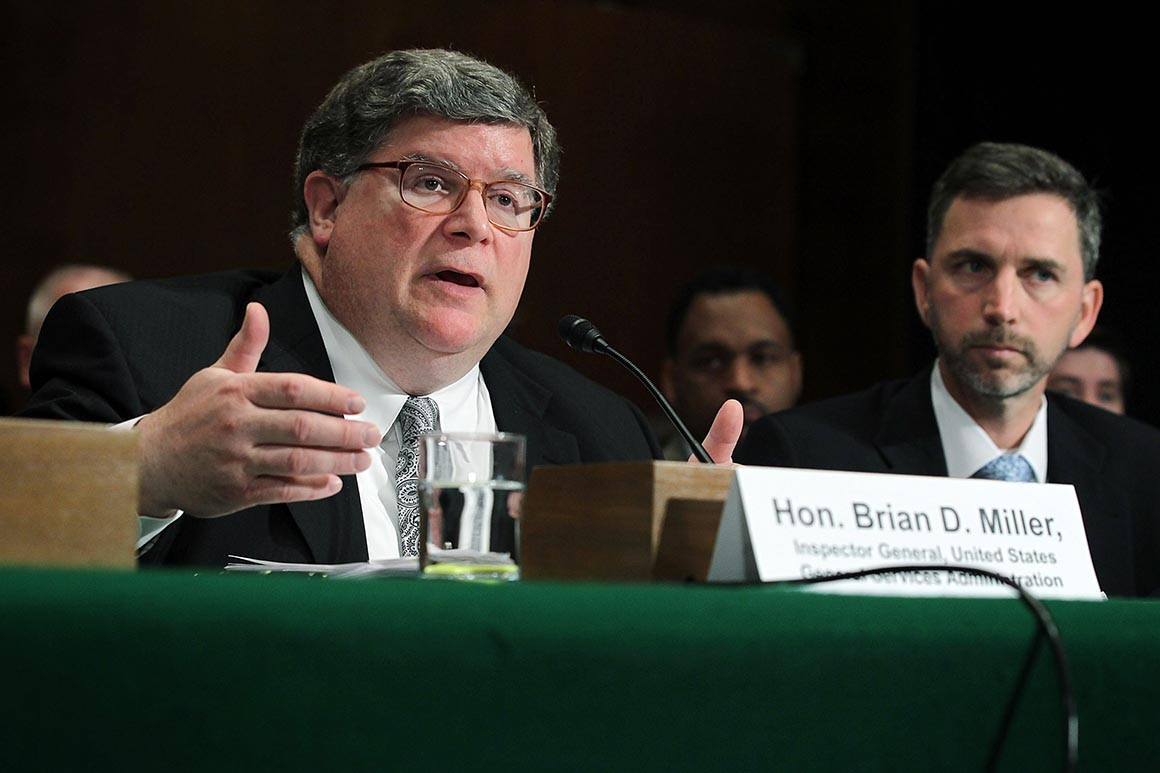 One of three oversight mechanisms established in the $2.2 trillion bill Trump signed last week after it passed Congress was a special inspector general to oversee $500 billion in funds that will be doled out by the Treasury Department to small businesses and corporations.

The White House announced on Friday that Trump selected Brian Miller, special assistant to the president and senior associate counsel in the White House Counsel’s office, to serve in the position.

Miller previously served as an independent corporate monitor and an expert witness and has practiced law in ethics and compliance, government contracts, internal investigations, white collar, and suspension and debarment, according to the White House. He was the inspector general for the General Services Administration for nearly a decade after being confirmed by the Senate.

A section of the stimulus bill establishes a new Special Inspector General for Pandemic Recovery (SIGPR) and requires the special inspector general to report to Congress immediately when any government agencies decline to provide information to him. In a statement released after signing the bill last month, Trump said: “I do not understand, and my Administration will not treat, this provision as permitting the SIGPR to issue reports to the Congress without the presidential supervision required” by federal law.