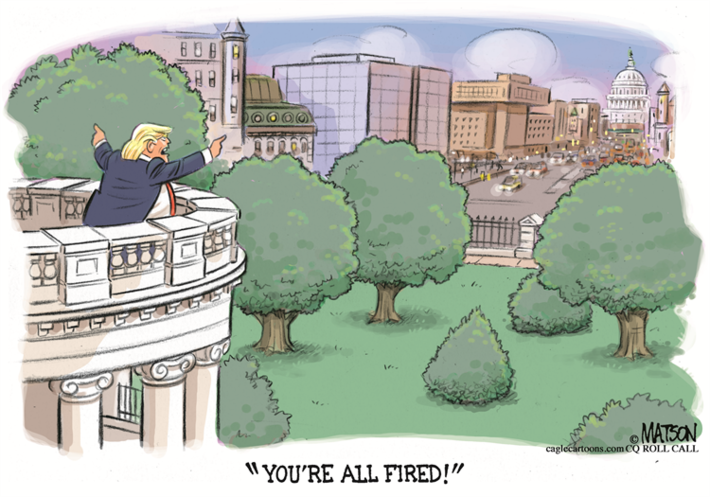 In a stunning move Wednesday, President Trump signed an executive order moving many “policy-making” federal employees to a new classification that removes their “civil service protections” going into effect just before inauguration in January.

The new order essentially moves certain executive branch “men and women in the Federal service employed in positions of a confidential, policy-determining, policy-making, or policy-advocating character” to a new Classification F. This classification essentially moves these employees from union protections to “at-will” employees.

In the order, the President states, “Unfortunately, the Government’s current performance management is inadequate, as recognized by Federal workers themselves. For instance, the 2016 Merit Principles Survey reveals that less than a quarter of Federal employees believe their agency addresses poor performers effectively.”

“Separating employees who cannot or will not meet required performance standards is important, and it is particularly important with regard to employees in confidential, policy-determining, policy-making, or policy-advocating positions. High performance by such employees can meaningfully enhance agency operations, while poor performance can significantly hinder them.

Senior agency officials report that poor performance by career employees in policy-relevant positions has resulted in long delays and substandard-quality work for important agency projects, such as drafting and issuing regulations.”

In a statement released Kelley claimed the executive order is “the most profound undermining of the civil service system in our lifetimes.”