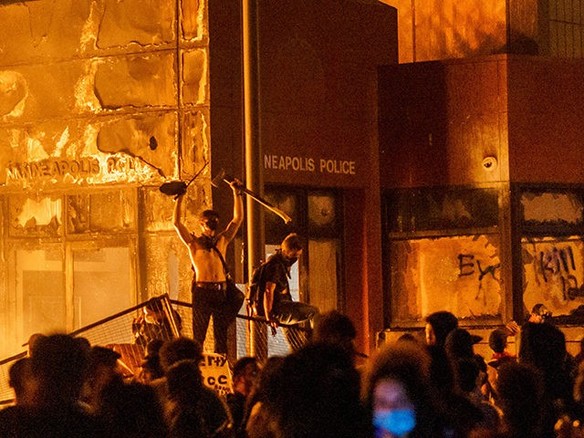 President Trump warned us “when the looting starts the shooting starts,” and, tragically, that is exactly what has happened.

Naturally, our fake news media and social media overlords attempted to twist the president’s warning into something it wasn’t — a threat, as in If you start looting, my government’s going to start shooting. But that’s not what he meant, and all sane people knew that.

Trump was looking to warn the Democrat politicians who run these failed cities — where 99.999 percent (this is no coincidence, by the way) of the rioting, looting, and burning has broken out  — that if they don’t — in his words — dominate the streets, the violence is going to escalate to where people get shot and killed.

Well, lo and behold, the shooting that always comes after unchecked looting, the painfully obvious result of what happens when Democrat politicians allow their cities to be burned with impunity, of what happens when the establishment media openly cheerlead and encourage their Antifa Brownshirts, has now happened.

Five people, four men and one woman, have been shot and killed in these riots:

Chris Beaty, a 38-year-old man, was shot and killed by rioters in the Democrat-run city of Indianapolis, Indiana.

David McAtee, a 53-year old man, was shot and killed in the Democrat-run city of Louisville, Kentucky.

Italia Marie Kelly, a 22-year-old woman, was killed instantly by a stray bullet just as she was leaving a protest in the Democrat-run city of Davenport, Iowa.