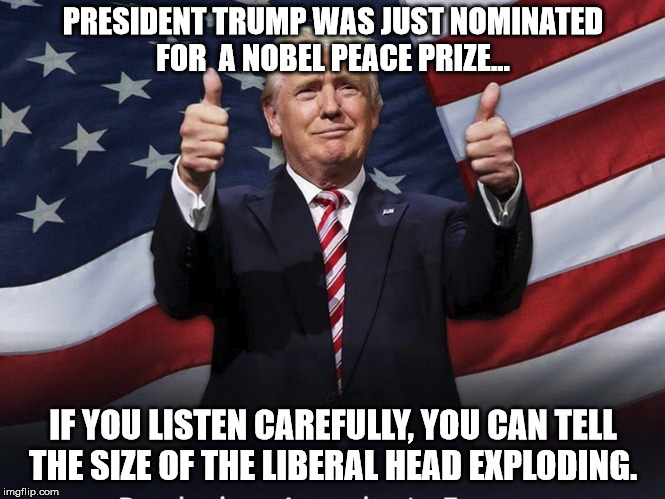 President Trump has picked up another nomination for the Nobel Peace Prize, after a Finnish member of the European Parliament (MEP) called for the American president to receive the honor.

Laura Huhtasaari, an MEP and a member of the right-wing Finns Party, wrote to the Nobel Committee to nominate Trump for the 2021 prize “in recognition of his endeavors to end the era of endless wars, construct peace by encouraging conflicting parties for dialogue and negotiations, as well as underpin internal cohesion and stability of his country.”

Huhtasaari said Trump has nearly completed a presidential term without involving the U.S. in a new foreign conflict, while withdrawing troops from Iraq and Afghanistan. She also cited the Abraham Accords -- peace deals between two Arab Gulf nations and Israel.

Additionally, she said Trump has “maintained national cohesion and secured law and order” at home.