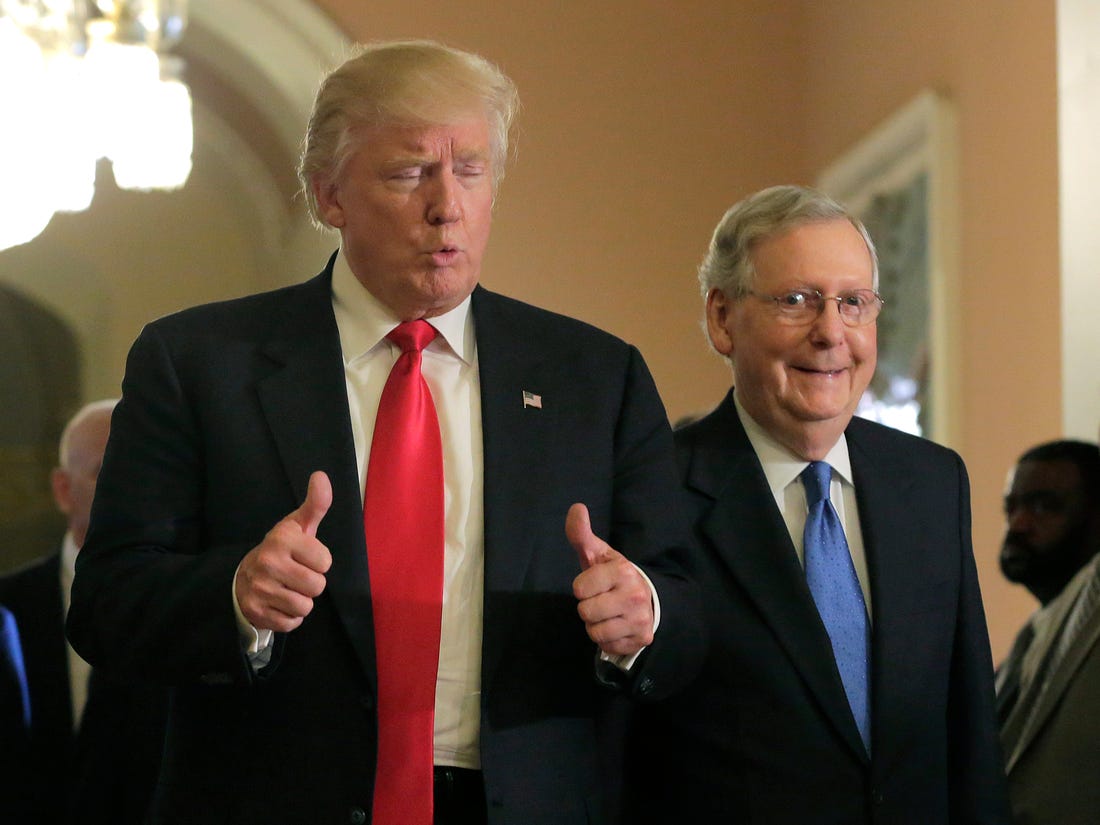 President Trump and Senate Majority Leader Mitch McConnell, R-Ky., are pushing ahead with an aggressive effort to get more federal judges confirmed amid the global coronavirus pandemic, as they grapple with the possibility that the November elections could wrest away Republican control of the Senate and White House.

Losing the White House or control of the Senate would be a major blow to efforts to install conservative jurists on the federal bench, as the president nominates judicial nominees and the Senate confirms them. McConnell -- who takes great pride in confirming Trump's judicial nominees -- has made clear he wants to fill as many vacancies as possible in 2020.

"My motto for the rest of the year is 'leave no vacancy behind,'" McConnell said at a dinner for the Federalist Society, a group for conservative and libertarian lawyers, at Union Station last November.

The majority leader and the president have had other things on their mind lately, passing in a matter of weeks three coronavirus relief packages with the most recent totaling more than $2.2 trillion worth of economic stimulus and disease-fighting measures. But they still found time on Friday to announce the nomination of Judge Justin Walker, a McConnell ally from Kentucky and former clerk for then-judge Brett Kavanaugh, to the U.S. Court of Appeals for the District of Columbia.

"I am proud that President Trump’s search took him outside the Beltway and into the Bluegrass," McConnell said in a statement on the nominee to the D.C. Circuit, which is widely viewed as a feeder bench to the Supreme Court. "He has chosen a rising Kentucky star, born and raised in Louisville, to refresh the second-most-important federal court in the country."