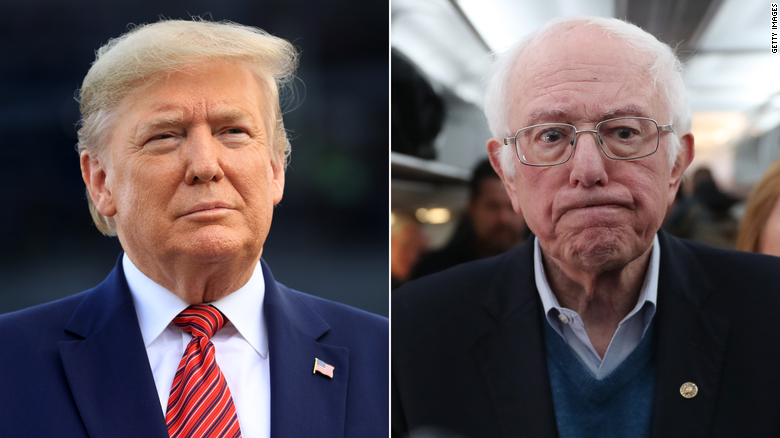 President Trump made an appeal for Bernie Sanders’ supporters to join the Republican Party on Wednesday after Sanders suspended his campaign — preying on tensions within the Democratic movement.

In a trio of tweets, Trump repeated his claim that the Democratic Party had done wrong by Sanders and his legion of fervent supporters, and accused former candidate Elizabeth Warren of costing him victory.

“Bernie Sanders is OUT! Thank you to Elizabeth Warren. If not for her, Bernie would have won almost every state on Super Tuesday!” Trump wrote to his 76 million followers.

Trump has repeatedly claimed that Sanders, 78 — a party outsider much like the president — was being victimized by the same Democratic establishment that tried to derail his bid against Hillary Clinton in 2016.

“This ended just like the Democrats & the DNC wanted, same as the Crooked Hillary fiasco. The Bernie people should come to the Republican Party, TRADE!” Trump wrote.