Trump has reacted strongly to his former attorney general Bill Barr’s criticism in an interview earlier on Friday, characterizing him as ‘weak, ineffective, and completely terrified of being impeached,’ after Barr criticized him in the interview.

During Barr’s interview with NBC’s Lester Holt, Trump was furious that the former attorney general said Trump was ‘responsible’ for the January 6 insurrection, and surrounded himself with a ‘clown show’ of lawyers.

He also said he was prepared to resign if necessary. President Trump says he forced Barr to resign as a result of his actions.

‘Former Attorney General Bill Barr wouldn’t know voter fraud if it was staring him in the face – and it was,’ President Trump said in a statement on Friday.

‘The fact is, he was weak, ineffective, and totally scared of being impeached, which the Democrats were constantly threatening to do. They ”broke” him.’ 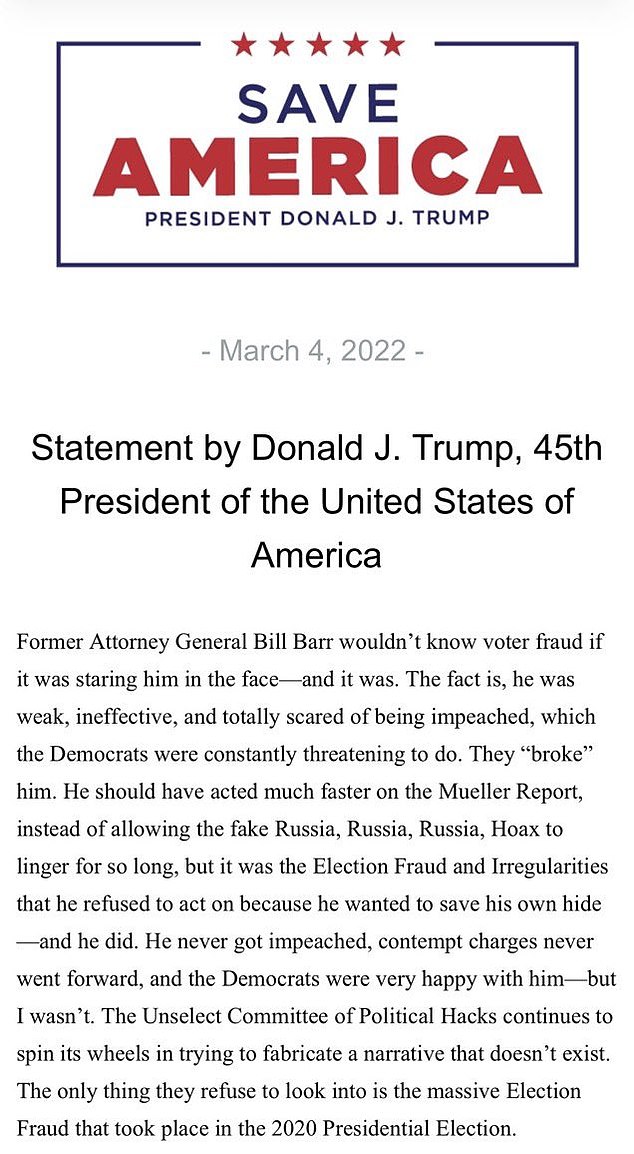 Trump said that Barr ‘should have acted much faster on the [special counsel Robert] Mueller report’ and accused Barr of allowing ‘the fake Russia, Russia, Russia Hoax to linger.’