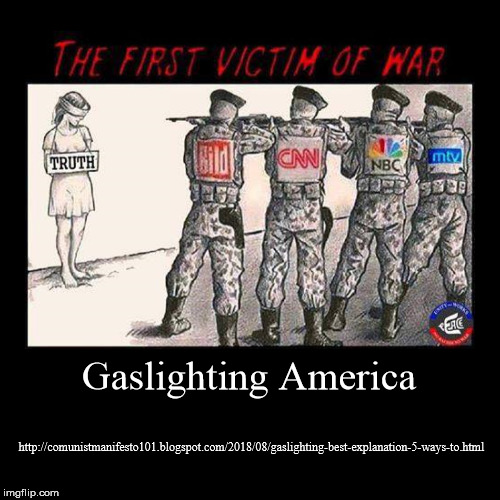 It's getting scary out there, people. Everywhere you turn, Trump haters are venting their wrath against Trump supporters, as if supporting President Trump is an unforgivable sin.

They're projecting and gaslighting -- blaming Trump and his supporters for everything they're doing. It's madness, but at long last, they might have awakened the sleeping giant they're trying to hunt down and destroy.

MSNBC's Joy Reid tweeted, "Genuine question: what will be the relationship between the majority of Americans, and Trumpists after this long, national nightmare ends -- and it will eventually end -- do people anticipate simply letting bygones (be) bygones with people who joined the Trump personality cult?"

What bygones? Who's doing what to whom? What are we Trump supporters doing to you Trump haters, Joy? We are trying to mind our own business and stay safe. Are you and yours?

MSNBC's Donny Deutsch likened a Trump rally to a Hitler rally from the early '30s: "Well, basically you had a destruction of the belief in the free press. You had a blurring between the executive branch and the Justice Department. You have creating an other, whether it's Muslims, whether it's Mexicans, whether it's congressmen who weren't born in this country. And then you have the destruction of free elections. And we're here."

This is screaming insanity. Trump supporters aren't censoring people on social media. They aren't threatening their opponents' civil liberties. They aren't violating the separation of powers, which leftists routinely do, including through their activist courts and lawless executive orders (under former President Barack Obama). They're not demonizing other races, as you maliciously accuse. Quit belching that vicious slander. And they are not the ones threatening the integrity of the electoral process. The left, on the other hand, has promised to stack the Supreme Court; add territories to the union to increase its electoral prospects; circumvent the Electoral College; obliterate the integrity of the voting process through rampant unverifiable mail-in ballots and the elimination of voter ID rules; and lower the voting age to 16. Republicans aren't the ones threatening to lawlessly invoke impeachment to block Trump's lawful Supreme Court nominee.