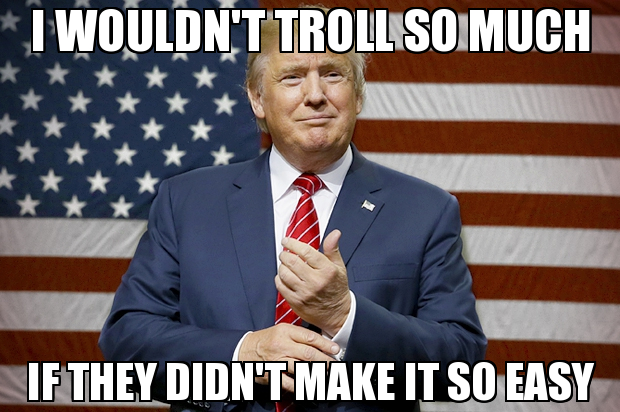 President Trump gave a press conference today at his New Jersey golf club. The topics ranged from the Libyan explosion to the economy. He praised the good jobs numbers and was also asked about the new intel report noting that China and Russia want to see Biden and Trump win respectively. As pressers go, it was one of his better performances. Maybe the reporters were just off their game tonight in the formulation of dishonest questions, but he seemed to handled every inquiry well.

Then one final question was asked, setting up perhaps the best executed troll of Trump’s presidency. I don’t say that lightly. The combination of throwing the media’s hypocrisy back in their faces combined with the way he executed in conjunction with the crowd was just hilarious.

Take the time and watch the whole clip. This wasn’t just a one liner. It was a full minute of rubbing the media’s face in their nonsense.

WATCH: Reporter tries to call out Trump supporters for not following coronavirus guidelines.