Young Republican Wants To Give Party Fresh Face In Congress, With No Scandals Or Controversies Rep. Stephanie Murphy (D, Fla), 7th Congressional District will have her hands full with a new young voice for the Republican Party in 2020. His name is Armani Salado and let me tell you, he's hungry, he's competent and ready to represent the Republicans in Congress.

In every election cycle, we hear how the Republican Party wants to expand its tent and bring in new faces and voices, but after the election, they find themselves too busy to follow through with that agenda. Representation in Congress is null and void for minorities within the Republican party, and when you hear someone mention it, Republican voters want to remind you it's not about the color but competence.

Like an old friend of mine told me once before, "we need to mix some pepper with salt for a better taste." Congress reminds me of the military in a sense; it's who you know. A lot of individuals get into Congress or remain in Congress because of the buddy system making it hard for new young voices like Salado to walk in and give his ideas for a brighter future.

Salado is 23 years old and a student at the University of Central Florida. He will turn 25 in June 2020, and he wants to make history and become the youngest American elected to Congress, therefore beating Alexandria Ocasio-Cortez sitting record. He's majoring in political science and is very confident he can unseat Rep. Murphy.

Salado wants his age to be nothing more than a number for his run for Congressional seat. He called upon a little history when explaining his youthfulness and taking on such a goal as being elected to Congress: "Some of Our Founding Fathers and leaders of creating America were men of much younger ages, doing outstanding things to better the lives for themselves, their families, their people, and their young country."

Salado says his political experience has been limited to the time he spent working for Republican Gov. Ron DeSantis' gubernatorial campaign last year.

Salado's family immigrated from the Dominican Republican to Boston, Massachusetts, where he was born. He moved to Winter Springs in 2002, where he attended elementary through high school.

He says he'll graduate from UCF next summer.

"I'm running for Congress because it's time to get new fresh faces in Washington," Salado says. "It's time to have young representatives who actually represent the demographic layout of the district they come from. It's time to have someone who will tackle real issues our communities face locally, nationally, and globally. We don't need anymore politicians with scandals, baggage, and controversies. We need young bold Statesman [sic] who won't back down under pressure." [excerpt via Orlando Weekly]

It would be nice to see Trump give him some advertising by meeting him or tweeting about him. He should get out in public and speak as much as possible, put speeches and conversations with ordinary people on social media as much as possible. That's how conservative populists are winning all over the world.

The major points of his platform are federal defunding of Planned Parenthood, free market competition in health care, and greater access to medical marijuana. One thing he has to get over is worrying about people worrying about his age. Get out there and make your mark, raise your voice and expand your base.

“It’s not impossible, but it’s tough, my only worry to be honest is that people will only attack me on my age. All I say is that I don’t have the scandals, controversies and baggage that career politicians have.”

It's always good not to have controversies or scandals to begin a political career, but the fight is maintaining that unblemished record, so you do not owe anyone, anything moving forward.

Criticize this kid if you want, but he's her only challenger at the moment. If you've got a better option, run him. If not, get behind this young man because so far, he is that district's only hope.

Let me know when GOP accomplishes this...:) 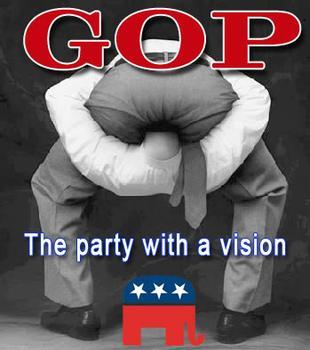 The GOP is about the only party that this young man has any real opportunity too excell... the Democrat Party is a rigged system of carefully managed members of the LEFT... socialist movement in America.  It is time for the GOP to actively engage in the recruitment of sincere conservatives.... of all colors, ethnic affilitation and backgrounds... the rich and the poor neighborhoods of America have great untapped talent looking to be discovered.

This young man may want to start at the local level ... running for office at the state level to gain recognition and the attention of those within his district that can move him along... providing the contacts, money and much needed institutional support to be successful in a political career.  High office is earned not granted. We shall see how this young man does over the next few years... and we wish him well. Nice,Young Republican Wants To Give Party Fresh Face In Congress but is it true? Come on man talk to me, and I will show you a world of deceptions.