'None of you put on a uniform. But you're quick to disrespect the flag'

A black Air Force veteran is fed up at anti-Trump rioters who disrespect America’s flag, refuse to say the Pledge of Allegiance, reject their duly-elected president and wreak havoc in U.S. cities, smashing windows, blocking freeways and igniting fires.

In fact, Thaddeus Dionne Alexander is so outraged by the rioters that he posted a video on YouTube and Facebook – and his message is going viral with 20 million views and nearly a million shares on Facebook alone.

“Wow, y’all are protesting? Really? Man, I don’t understand. It’s not Republicans causing all this destruction, you know, burning up the streets, blocking roads and things like that. It’s the liberals,” Alexander begins.

But Alexander explains, in America, “You can’t always get your way.” Everybody wants to be politically correct. Quit being crybabies!

Ain’t nothing free! You ain’t no slave!

You don’t get your way, so you act like a 2-year-old, burning up people’s stuff? Destroying the streets, making people late for work?

Man, I’m glad I don’t live in New York City or Washington or Oregon because I would run one of your asses over. You are outrageous, man. You are the exact reason why Donald Trump won the election. Because we’re tired of you crybabies.

You didn’t earn anything. None of you put on a uniform. But you’re quick to disrespect the flag. Not want to say the Pledge of Allegiance. Not want to recognize the Bible. But you want everything.

You didn’t fight for anything. But you want it.

All these people out there that want to protest and burn stuff up, I don’t think the cops should protect them. When people look at the flag and say, ‘That’s not my flag. Donald Trump is not my president,’ then you know what? Obviously this ain’t your damn country! Leave!

But quit tearing up stuff.

Quit causing destruction and preaching peace. Because you’re contradicting yourself.

During a Monday appearance on “Fox & Friends,” Alexander explained that he was astonished at how the left depicted Republicans as angry individuals who hoarded guns and wanted to “kill babies.”

And after Trump’s Election Day victory, CNN reported Tampa Bay Buccaneers wide receiver Mike Evans refused to stand for the national anthem. “I’m not going to stand for something I don’t believe in,” Evans said, adding that “America’s not right” for electing Trump.

But for all the media warnings, it turns out, anti-Trump rioters are the ones inflicting violence, destruction and mayhem in American cities.

“I just thought it was so hypocritical. It just amazed me how people reacted,” Alexander said.

“We need to preserve this country. We need to stop burning flags. We need to stand for the pledge of allegiance. And we need to be proud of what we have here.”

Alexander concluded, “Being a black man, there is no other country where we’re accepted like we are in the U.S.

“People may think so. I’ve had friend say, ‘We’ll go back to Africa.’ Well, everybody knows if you’re black man, you’re not accepted in Africa. You’re not African. It’s just not going to work like that. This is the only place where you can be openly gay or homosexual. There’s nowhere else to go.”

Since his video went viral, Alexander’s Facebook page has been flooded with comments, mostly in support of his statements. Some include: 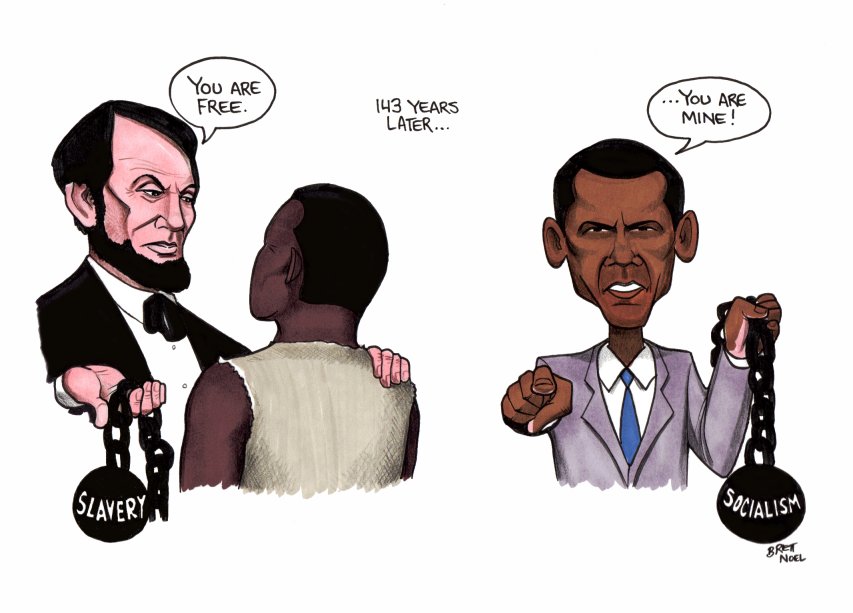 Anarchists, learn lessons and take your destructive energies and reassign them into something positive!

you gotta be nuts to want to take the road of total stupidity and insanity....you cry babies need to grow a set.

Paid protestors are trying to start a civil war so obummer can call martial law and keep himself in office to finish his transformation of America.

I agree but would add to that deportation to a country of their choice and never be allowed to return. I am a proud Air Force vet and these whiners turn my stomach!!

Thank you Mr. Alexander for your service. May God Bless You.

This IS such a great man!!

Well, I think they are 'slaves'.  Slaves to their own ignorance.  They don't have a cause, simply protesting just because.  "Why are you protesting?"  "Just because!"  An answer from ignorance.  If they had one cell of intelligence, they would be furious over Hillary's irresponsible handling of our countries secretes, exposing our country and undercover agents to danger, and furious of Obama's unconcern.