Why Are The People Without Power To Govern?

The borrower is the servant of the lender... and the servant is subject to his master… being indebted to others for one's subsistence is slavery... by another name.  A slave has no power.

So it is, that the common man is left bereft of the resources… needed to effectively resist the tyrant… whose wealth and power consume the bread of the majority, bringing them captive thru dependency on others... big government. It is a cunning and crafty system of soft tyranny, that eats away at the foundations of liberty; one, that denies the very will to resist, thru a host of laws and customs that hinder the ability of the middle class to throw off the chains of bondage.

Beginning with the lack of leaders, with the wealth and the will to resist… the web of dependency spreads. Today, we have no George Washington’s, Thomas Jefferson’s, John Adams or Ben Franklin’s, to lead the commoner or to finance the army needed to reclaim his rights and liberty. Where will the common man find the leaders of our forefather’s stature to organize, equip, train, fund and plan, our emancipation from this oligarchy of tyrants? Where?

It is one thing to define the problem and quite another to solve it… the tyrant has laid his trap and the unsuspecting commoner has fallen into it. The People put their Trust in men, but failed in their duty to resist evil, when it first appeared; being persuaded to eat of the wealth of their neighbors, they soon found their own fields raided and pillaged. The end result is that every man of common stock has been deceived and drawn into a battle they cannot win alone.

Isolated, they tremble in fear, knowing what is coming… they look for deliverance from their leaders, only to find they are the very one’s who have forged the chains of their bondage. What then can they do?
They must rise up out of their misery and take hold of the reigns of government … they must unite as one, to restore our Constitutional Republic.

Will it be easy? Nay, it will be very difficult... Will they succeed? Only, if they can find the leadership and muster the resolve, to do what is necessary, they must pull down those who have betrayed their trust; too, replace them with true Citizen Politicians.  Representatives, not politicians, who will serve their term of office and then return to their homes and businesses… where they must live under the system they have administered. Then justice, tranquility, peace and prosperity, will return to everyman’s house, and our Nation will once again be a city, set upon a hill, a beacon of light in a world of darkness.

Permalink Reply by Hank Jordan on January 20, 2019 at 8:31am
Mr. Nelson,
You know why, like I said you will become tired of their agendas, and share things you only know of.

The Power of God is above all of this. Through the Name of Jesus. The Name above all names, above heaven, on earth and below earth.

Declare and Decree that America will return to God. Bless those who are persecuting all of us, who lie to us, who target us, who steal from us daily, who force us to pay for killing babies. Judgement is God's. Let Him loose on this country.

Prayer, Replacing politics with God. Matthew 16:18 Bind and Loose. God will raise up those who hear His voice instead of the media, instead of the lobbyists, the corporatists, the globalists. All the same, different faces.

The country built upon the Rock shall not be overcome by the gates of hell. Matthew 16:18.

This is war. It is supernatural. It is not about persons. It is about spiritual darkness in high places, about the author of lies, murder and deception. Deceiving each one of us individually so that we do not use or stand upon the power and dominion and jurisdiction that we already possess in His Name. Ephesians 6:12.

the people are not stupid

we have our eyes wide open

Its because the wrong people have been voted into Office for all to long. 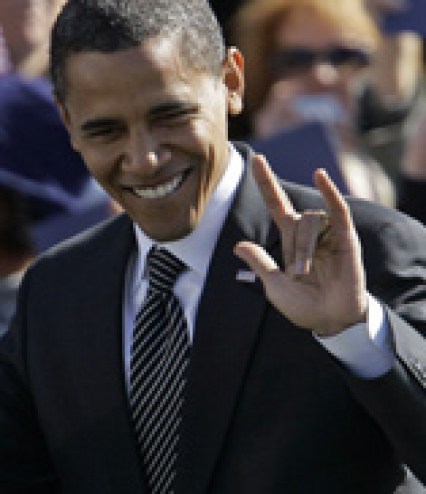 Like Hank said " why did Jewish people help bring Obama into Office"?