Unhappy America: Will The United States Collapse Due To An Internal Societal Meltdown?

Are we witnessing the beginning of the end for the United States of America?  All great nations eventually fall, and the United States is not going to be any exception.  Many of those that write about the decline of our once great country tend to focus on externalthreats, and there are certainly many that could be talked about.  But perhaps even more ominous is the internal societal meltdown that we see happening all around us.  Accordingto Real Clear Politics, recent surveys show that 67 percent of Americans believe that the country is on the wrong track, and only 26 percent of Americans believe that it is headed in the right direction.  So even though we are tremendously divided as to what the solutions are, the vast majority of us can see that something is deeply, deeply wrong with America.

Personally, I spend a lot of time writing about our economic problems.  We have piled up the largest mountain of debt in the history of the planet, last year the middle class became a minority for the first time in our history, and 47 percent of all Americans couldn’t even pay an unexpected $400 emergency room bill without borrowing the money or selling something.  But I don’t want to focus on economics in this article.

Neither do I plan to focus on our political problems.  The fact that somewhere around half the country plans to vote for Hillary Clinton in November shows just how far gone we are as a nation.  And the Republican Party is essentially just a watered-down version of the Democrats at this point.  On average, Congress has just a 14.5 percent approval rating, and yet we keep sending the same corrupt politicians back to Washington D.C....

What in the world is wrong with us?

Physically we are a giant mess too.  According to USA Today, the obesity rate in the United States has more than doubled over the past 25 years, and the OECD has found that the U.S. has the most overweight population in the entire industrialized world by a wide margin.

But our physical problems are not going to be the focus of this article either.

Alvin Conway of The Extinction Protocol has been chronicling global disasters for years, and he has just posted an insightful piece in which he comments on the growing social decay that we see all around us…

According to Covenant Eyes, an internet search group, 1 out of 5 mobile searches on the internet involves pornography. Illegal drugs continue to be both manufactured and transported into the U.S. with no apparent way of halting or stopping the flow. In the US alone, more than 15 million people abuse prescription drugs, more than the combined number of people who reportedly abuse cocaine, hallucinogens, inhalants and heroin. If the war against drugs can’t be won, what luck will we ever have winning the war on terror? Does anyone remember who won Lyndon B. Johnson’s famed war on poverty? Regardless, let’s throw some more taxpayers’ money at an issues that money along can’t fix.

Later in his article, Conway goes on to link this social decay with the spiritual decline of our nation…

According to Pew Forum, the number of people who claim to be religious in America is declining as the country becomes more and more secular. “Research Center finds that the percentage of adults (ages 18 and older) who describe themselves as Christians has dropped by nearly eight percentage points in just seven years, from 78.4% in an equally massive Pew Research survey in 2007 to 70.6% in 2014. Over the same period, the percentage of Americans who are religiously unaffiliated – describing themselves as atheist, agnostic or “nothing in particular” – has jumped more than six points, from 16.1% to 22.8%.” The U.S. is beginning to look more and more like ancient Rome before it collapsed.

I agree with Conway.  America is starting to look more and more like the Roman Empire just before it collapsed.

People must want it to happen because they keep predicting it. STOP suggesting it. Get on the backs of the US

Congress and demand they earn their pay check.

Unfortunately, I believe it's going to take some kind of violent action (civil war) to save our country! America is being attacked from all sides, by this Progressive Socialist Democracy! AKA Communism! At first, Karl Marx called his Communist ideas, Socialist Communism! Sound familiar?!

Its gotten to the point now that it is all too obvious that "lawful" means to get the corruption out are futile.

I agree, we are experiencing a decades long attack by communists. I wish I could see a path of reconciliation to resolve the deep, deep divide in the country, but another civil war is in the making.

When you add in the Islamists, Black Lives Matters, anarchists, and the progressive liberals there will be plenty of enemies to defend against.

Just look at Europe, it is foreshadowing what will happen here.

During the early 90s I noticed usage of the word principles often induced an immediate response of laughter/ridicule. I thought it might be that way just among those I worked with in Austin, so when the occasion arose of being among strangers or being out of town I experimented with the thought, and sure enough it was widespread.

When simple usage of the word principles is automatically ridiculed the downfall of this society is already well underway. There is no self-discipline left in the culture at that point, and without a culture of principled morality driving individual self discipline it's inevitable that government will become the ruler of every aspect of life.

Back in the 1860's Abraham Lincoln changed our Constitutional Republic into a very powerful centralized federal government that knows no limits except those that it gives itself.  They used to pretend to abide by the Constitution to appease the citizens but they are so strong now that they don't even bother to do that anymore.  That is when things started going down hill and that is who started the ball rolling.

The clintonian regime was a NIGHTMARE for me!  I remember the million mom marchers, and the clintoinians hatred of OUR 2ND AMENDMENT RIGHTS! The clintonians rolled out the red carpet for these freedom hating bitches!

Permalink Reply by Lynn Connelly on April 26, 2016 at 11:48am
It's becoming a society reminescent of "Lord of the Flies". Will we save ourselves and our society? Can we stsnd against the rot and breakdown of morals thrown at us by the entertainment industry? Can we shield our children from it and raise them with ethics, consciences and morals in a society that ridicules these qualities? Can we go back to guiding ourselves by the Ten Commandments? The responsibility is ours. The weak are easily swayed down the wrong path, so the push to a civil society lies with the strong. We have to start by reclaiming the children. Common Core has to go. Get involved in what is going on in the schools and help bring God back into our homes. If we don't reclaim the kids, we're finished as the great society we once were. Trump hopefully can turn the country in the right direction but the work is ours to do.

I'm sure we can. The only question imo is will we. - ultimately it just comes down to individuals' decision to do it, and sticking to it.

But at least it has most people concerned - which is what helps to reset the course.

Remember what Reagan said about this "Freedom is always only one generation away from extinction".

The left relies on this axiom to keep their agenda moving - there are always plenty of useful idiots out there. As long as they remain useful idiots is the key and many will wisen up (hopefully not too late).

those are all natural law items, with natural consequences of violating them which will be similar. I'm more in the history rhymes camp, rather than repeating. We'll likely not be Rome or Nazi Germany when the consequences come to fruition, but with similarities to both.

I'd just as soon not do it but humanity seems determined. Our founding's experiment was hoped to break the awful cycle, maybe it having been done will lead to restoration/re-creation (vs. 'progress') some day.

One thing 'these times' are convincing me of... humanity doesn't evolve, technology does. 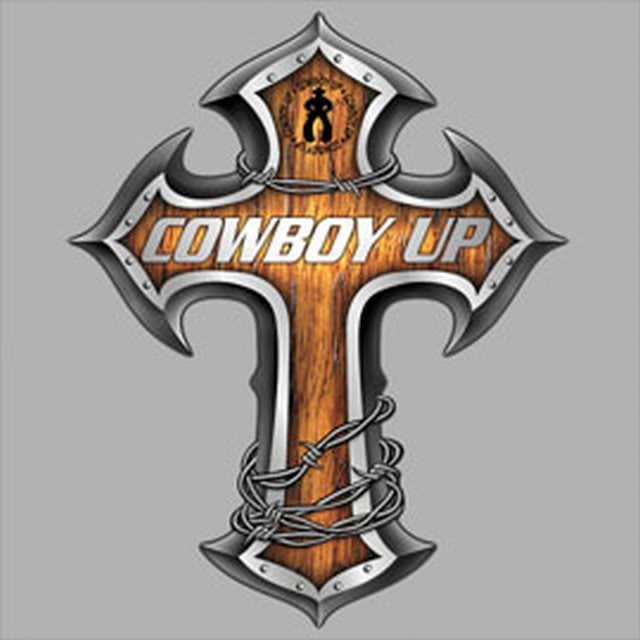 At this point things have gotten so bad that even 70 percent of our pastors are battling depression.  The following was authored by respected journalist Jennifer LeClaire…

There is no lack of statistics about pastors and depression, burnout, health, low pay, spirituality, relationships and longevity—and none of them are good. According to the Schaeffer Institute, 70 percent of pastors constantly fight depression, and71 percent are burned out. Meanwhile, 72 percent of pastors say they only study the Bible when they are preparing for sermons; 80 percent believe pastoral ministry has negatively affected their families; and 70 percent say they don’t have a close friend.

The Schaeffer Institute also reports that 80 percent of seminary and Bible school graduates will leave the ministry within five years.

We are a deeply, deeply unhappy nation, and we have been trained to turn to pills as the solution.

Those are absolutely astounding numbers to me.  We are the most drugged up nation on the face of the planet, and yet we just keep on getting less happy.

–A different survey found that 70 percent of all Americans do not “feel engaged or inspired at their jobs”.

–One survey of 50-year-old men in the U.S. found that only 12 percent of them said that they were “very happy”.

–The number of Americans diagnosed with depression increases by about 20 percent each year.

–According to the New York Times, more than 30 million Americans take antidepressants.

–Doctors in the United States write more than 250 million prescriptions for antidepressants each year.

–The rate of antidepressant use among middle aged women is far higher than for the population as a whole.  It is hard to believe, but right now one out of every four women in their 40s and 50s is taking an antidepressant medication.

–Compared to children in Europe, children in the United States are three times more likely to be prescribed antidepressants.

–America has the highest rate of illegal drug use on the entire planet.

–America has the highest divorce rate in the world by a wide margin.

–America has the highest percentage of one person households on the entire planet.

We are more isolated, more lonely and more miserable than we have ever been before.

But does that mean that we are on the verge of collapsing as a nation?

Just like during the days of the Roman Empire, most Americans cannot even conceive of a time when America will be no more.  And yet we can all see that the foundations are being constantly chipped away.

Will we be able to survive once our foundations are totally gone?